Thirty years of Habitat I: no more neoliberal model of cities! 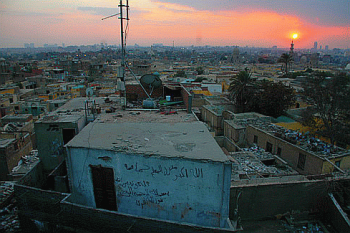 Thirty years after the first Habitat I world summit held in Vancouver, we, citizens of the world, have witnessed the manifest deterioration of our living conditions and unalienable rights.
After all these years, not one of the objectives or goals has been even partially achieved: 15% of the world population is subjected to forced eviction caused by foreign investments in indebted countries or in countries undergoing the transition towards a market economy (Karachi, Bombay, New Delhi, Istanbul), to the privatization and liberalization of the real estate market (throughout Europe including Russia, and the United States), due to ethnic cleansing (from the ex Yugoslavia to the United Kingdom), due to occupations and wars (Palestine and others), and finally, due to speculation in the aftermath of natural disasters such as the Tsunami and Hurricane Katrina.

In this context, the idea of basing public policy on the formalization of the informal policies by simplifying administrative norms and progressively eliminating all references to “housing rights” in the texts of UN-habitat is incredibly superficial and naïve.

The harmonious development of cities, the respect for fundamental civil rights and the improvement of living conditions of their populations, demands more than ever the implementation of a new urban social pact that concerns everyone (habitant associations and urban social movements, local and governmental authorities, militant researchers and other operators) with common principles (rights to housing and to the city, public intervention, durability, equality and non-discrimination).