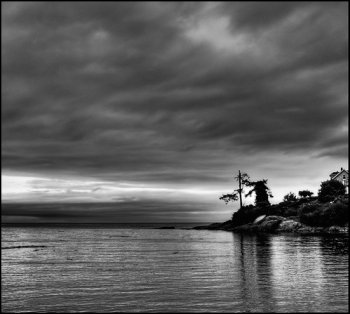 History offers us an infinite array of examples of major and minor conflicts born of ressentiment. Revolutions, the key periods marking a break from the past and generating major cycles of history, are often the result of a sudden explosion of old ressentiments. Following the great revolutions of the 18th, 19th and 20th centuries and the eruption of major ideologies and virulent nationalist movements which have all, in some way, exploited legitimate ressentiments, the 21st century offers us the spectacle of a worldwide political map consumed by every sort of ressentiment.

There is an endless supply of examples. Most current conflicts are primarily fed by ressentiment, such as the conflict in the Middle East, tensions between India and Pakistan, and inter-ethnic conflicts in Africa. The genocide in Rwanda and Burundi, the bloodiest conflict of the last 50 years, was essentially a war of ressentiment, as were the wars in the former Yugoslavia. And aside from these examples of open conflicts, how many countries and peoples are influenced by enduring animosity dating from the past, recent or distant, which the collective memory keeps alive just below the surface, ready to explode?

Every issue relating to world governance is complex, and the problem of ressentiment is no exception to the rule. It requires an approach that is both global, seeking to understand the phenomenon as a whole, and specific, capable of examining each individual situation. Tried and tested techniques of conflict prevention and resolution are ideally suited to this area.

On a higher level, it is also important to renew the identity of each individual and each community. In other words, the new man and the new woman have a far more complex identity than their parents and grandparents. This identity links them to various individuals and communities around the world, and not simply to their local, national, regional, religious and linguistic environments. In a world that is changing rapidly and profoundly, the present is going to look increasingly to the future, whereas previously it looked mainly to the past.
_
_
_
* Translator’s note:

"I have decided to use the term "ressentiment" throughout the article rather than the more usual “resentment” in line with the author’s intentions, and based on the following references:

A term imported by many languages for its philosophical and psychological connotations, "ressentiment" is not to be considered interchangeable with the normal English word "resentment", or even the French "ressentiment". While the normal words both speak to a feeling of frustration directed at a perceived source, neither speaks to the special relationship between a sense of inferiority and the creation of morality. Thus, the term 'Ressentiment' as used here always maintains a distinction. (Wikipedia: Ressentiment)

As a widely recognized convention, the French spelling of this term has been retained in philosophical circles so as to preserve a broad sense of discursive meaning and application. (Wikipedia: Max Scheler's Concept of Ressentiment)"