What Europe does the world need? 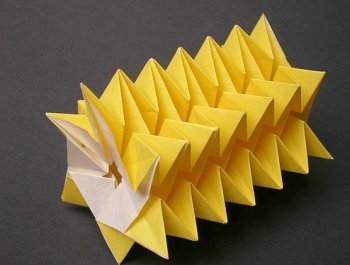 Does the world even need Europe? It would be fair to say that today’s mood is one of disillusionment, and that the prospects for the European Union do not look very heartening. For its founding fathers, building the European Union was a major feat. They saw the Union as the means to move beyond the nationalism and rivalries that had led Europe to the brink of suicide during two world wars, ensnaring the entire world in its internal conflicts.

But this sense of accomplishment has palled for people of my generation. Europe has become a mundane, everyday reality. European administration becomes increasingly bureaucratic every year. We have even forgotten the underlying reasons that led us to build the European Union on the basis of the single market.

The initial strategy was not fuelled by a desire to use economics to build Europe. The economic approach was plan B, born of the failure of the European Defence Community in 1953; in the absence of a political foundation for constructing Europe, the founding fathers took a pragmatic approach and resigned themselves to adopting an economic starting point.

The ultimate goal of European construction was originally to establish lasting peace; this goal is now considered a given, and is no longer the star that guides our journey—to the extent that history is now being reinvented. When I am abroad, I find it hard to believe my ears when people tell me that the European Union was originally intended to serve multi-national businesses, which are the main beneficiaries of unification competition rules. So Europe was apparently invented with the sole purpose of promoting a handful of oligopolies! But it is true that the means—unification of the European market—have ended up replacing the end—construction of lasting peace.

We happily claim that Europe enjoys soft power. But does not such an assertion simply become an excuse for not having hard power? If this soft power is a reality, what is our purpose? The question is particularly pertinent at a time when the financial crisis has been so revealing, and the Beijing consensus is replacing the Washington consensus. No one now dares to claim that “good democratic governance”, as advocated only recently by the World Bank, is the condition for all economic development. Instead, all eyes are on China, which seems the only country capable of kick-starting international growth.

The European Union intended to use the Lisbon strategy to become the most competitive knowledge-based economy in the world. But in the light of the astounding development of human resources and technologies in Asia, can anyone still aspire to such a goal?

The Greek crisis could well be the first symptom of a human community trying to hold on, against all the odds, to its lifestyle and privileges. It recalls the aristocrats of old who fell into ruin by refusing to accept that income from their farming properties was no longer enough to maintain them in the lifestyles to which they had been accustomed.

There can be no doubt that we need to set a new goal for Europe. Personally, my love of Europe is the result of the international work I have been involved in with the Charles Léopold Mayer Foundation for Human Progress. When I looked at European construction through the eyes of people from Asia, South America and Africa, I was awakened to the European miracle and the contribution European construction can make to tomorrow’s world.

If we wish to find a new and revitalized goal for Europe, we need to take a fresh look at our history since the Second World War. My only real worry is that an ageing European society is no longer capable of accomplishing this great task.

- first, reconciliation between France and Germany. This topic arises on every continent: how did the French and Germans, enemies for so many centuries, manage to become the pillars of European construction? This question is particularly pertinent in China, where no equivalent reconciliation process has been attempted between Japan and China;
- second, the way in which a peaceful process served to transcend national interests;
- third, Europe’s ability to build unity not only despite its diversity, but genuinely thanks to its diversity;
- fourth, Europe’s pioneering attempt to combine the efficiency of the market economy with social justice;
- fifth, our attempt to regulate market forces and harness them to sustainable development.

Events such as the China-Europa Forum helped me understand that, despite its many crises, Europe can lay claim to a number of successes that are unique in the world and are worth sharing.

Where could the foundations for such an agenda lie? Our fifteen years of work with the Alliance for a Responsible, Plural and United World (www.alliance21.org) sought to answer precisely that question. The work concluded in 2001 with the World Citizens Assembly. The Assembly’s discussions brought to light an agenda for the 21st century. It comprises four aspects:

- governance: we have inherited our mechanisms for managing society from past centuries and are not ready to manage today’s interdependent and complex systems, nor are we accustomed to consider diversity and unity as a winning paradigm;
- ethics: we need shared values to manage our unique planet, and the Universal Declaration of Human Rights, worthy as it is, is not sufficient for building this ethical foundation. Responsibility, as the reflection of our interdependency and the other side of the coin that is our rights, will provide the 21st century’s ethical underpinning;
- changeover from our current development model to sustainable societies;
- construction of a world community. Current world governance suffers from a congenital contradiction. On the one hand, it is perceived neither as legitimate, democratic nor effective; on the other hand, the scope of the independencies that intertwine our planet justifies such governance being significantly strengthened. But resistance to strengthening something that does not work properly is widespread. What is actually missing is the starting point: awareness of the need to form a world community. The fourth aspect of the 21st century agenda is therefore creation of this awareness

We can now return to our initial question: what specific contribution can the European Union make to this agenda? The question has produced 18 proposals submitted to the European Parliament.

We can clearly see that these 18 proposals are based around the four priorities fixed for the 21st century agenda, and that each concrete proposal reflects the need for systemic change as well as the European acquis that could be further developed in the short and medium term.

From the institutional point of view, if we look at the history of European construction, it would appear that the European Commission should be taking up the challenge. Did not the founding fathers endow it with a monopoly over the power to make proposals? Is not the Commission’s role to define European interests? Sadly, the Commission’s field of action is now broken up into different Directorate Generals, and the disappearance of the forward-looking mission established by Jacques Delors to some extent symbolizes the Commission’s renouncement of its role as promoter of overarching proposals.

Should we wait to be saved by organized civil society? The fact is that most European civil society networks depend to varying degrees on European Commission funding, and tend to align themselves to its priorities. As for the Council of Ministers, it is far too absorbed in the power play between different major European states to adopt a future-looking vision, as illustrated in 2008–2009, when the financial crisis made the ability to embrace a joint vision more necessary than ever.