Towards a Global Political-Economic Architecture of Environmental Space 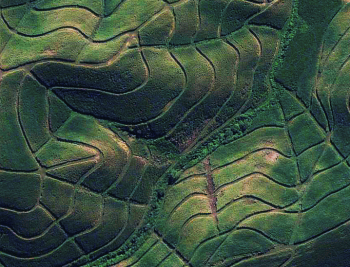 The concept of environmental space (ES) has been put forward as a means of operationalising sustainability. Based on three tenets, the recognition of environmental limits, a strong equity principle, and a focus on resource consumption, the ES approach offers a cognitive framework for a comprehensive and integrated approach to environmental/resource policy and management. With growing concerns about mounting environmental pressures and looming ecological and resource scarcity, it offers also a more appealing normative basis for dealing with these issues than the ‘environmental security’ discourse increasingly appropriated by governments.
Potentially, the concept of environmental space provides a cognitive framework that helps legitimate global environmental (including resource) governance without detracting from the right of peoples to make their own decisions regarding the use of resources and the kind of societies they want to live in. However, the adoption of the concept as a basis for global governance faces formidable obstacles. This paper focuses on, in particular, political-economic obstacles and explores whether and how these may be overcome.

In the 1990s, adoption of the environmental space approach was promoted foremost at the national level by a non-governmental organization and a handful of academics. Although some governments showed interest in the idea, it failed to make much headway. Reasons for that can be found in methodological issues, a weak political support basis, and the collective action trap. No governments adopted and implemented the ES approach as an overall framework for their sustainable development efforts, in part because accepting limits on resource consumption on a national level seems to make little sense as long as other countries are not willing to do the same (the collective action trap).

In this document, the author will explain firstly the notion of environmental space and elaborate a bit further on the main tenets and principles. This is followed by a discussion of some of the limitations of analyses and applications based on the concept, which may explain why it has failed to gain much traction at the political level. Then, he presents a framework for analysing the political-economic aspects with the concept and present some tentative propositions regarding the issues and obstacles to the adoption of the environmental space approach. Finally, conclusions are drawn about whether and how these obstacles might be overcome.