Territories: Paradigm Shifts That Need to Be Made for the Transition 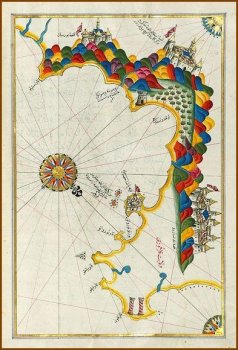 The following text is a summary of a number of proposals. It addresses only proposals for paradigm shifts, and not for the numerous improvements that could be made to the existing systems.

A/ What is at stake for territories

1. The territory, a hub of relations and flows in a globalized system.

_ Territories are objectively called to play a decisive role in designing and conducting the necessary transition. Whatever the subject, we discover that a city and a region are the best scale at which to approach the transition effectively. We also discover, however, that territories are not equipped, neither conceptually or institutionally, to assume these new responsibilities. As a human community, a territory is one of the actors of the future, but it is not organized as an actor, and is in fact very often confused with the political communities attached to it. The most frequent definition given to territory is that of a physical space delimited by borders and governed by sub-national territorial authorities. Actually, a territory is something completely different: it is a strong density, a hub of relations among actors internal and external to it, a crossroads of numerous flows of matter, information, energy, and persons. Emphasizing the need to define and reinforce the territory as actor does not in any way mean returning to the olden ages when territories were each practically self-sufficient. Today every territory has, much to the contrary, its stakes in a globalized system. Recognizing the major role of the territories in the transition thus calls for new capacities for managing and benefiting from the flows going through the territories.

B/ Territory and governance

The territory is a privileged level of governance because it is at its level that the different problems a society is facing are easiest to grasp as a whole, and furthermore, they cover a specific population that is easy to identify. Whereas states, often caught up in the tradition of partitioned administrations, are clumsy in managing these relations. As regards transition to sustainable societies, states are often part of the problem rather than part of the solution. Significant progress in governance must thus be sought and promoted for territories, world regions, or world governance. Moreover, where official governance has designed top-down "Russian doll" type systems, territories have learned how to organize a "networked" shift from the local to the global, which reflects the new realities much better. Nonetheless, we are still far from having developed all the potentialities of territories to renew the governance approach. All too often, they are marked by a feeling of inferiority with respect to states, in particular in the international arena. Rio+20 should be the opportunity, for the regions and cities aware of their role in conducting the great transition, to assert their position and publicize their proposals and commitments.

1. Territories: privileged places for the implementation of new thinking on governance.

_ The goal is no longer to claim a place in the “major league” but to show specifically that a territory is the place par excellence to deploy new thinking on governance. This supposes territories that are determined to take intellectual and political leadership, to apply to their case the two interpretive guides proposed for governance, to show the progress that this allows, by moving from useful but marginal improvements, as is too often the case today, to structural transformations, and by negotiating on these bases, with states and the international community, the means for implementing them.

2. Territory and education in citizenship.

_ It is not surprising that cities and regions have taken the lead in participatory democracy. In territories, interactions between the members of the community are concrete, even at the scale of a very large city. This is therefore the scale at which the new terms and new methods of citizenship can be learned.

3. Territory and governance at various levels.

_ Rare are the cases in which cities today are made up of just one local government unit. As for regions, they are almost always too vast to deal effectively with proximity problems. Cooperation among local government units of the same rank and of different ranks is therefore the rule. This is why territories must be seen, like relations between the global level and the level of the regions of the world, as the first field for the experimentation and application of the principle of active subsidiarity.

C/ Territory and the economy

1. Building the capacity of becoming major actors of the œconomy at the level of territories and cities

This is a very new perspective that supposes new concepts and new institutions, in particular the institution of territorial œconomic agencies able to equip territories and cities with the means of understanding their metabolism, and of organizing and managing the different flows going through them.

At all levels, from the local to the global, the collective choice of lifestyles and forms of consumption is an essential dimension of democracy. The idea is not to go back to a planned economy, which failed everywhere in the world, but to make it possible to establish collective debate at the level of each territory. For example, if we want to move in the direction of sustainable economies, tangible goods should be replaced by services whenever possible, and this is only possible if the numerous objects and machines that populate our modern daily life and are indisputably a source of well-being, are constantly transformed, updated, and possibly replaced by services, rather than endlessly thrown out and replaced by other goods. This is not decided at the level of individual consumers; the economic actors need to be given standards of consumption predictability, and component compatibility for easy updating needs to be imposed on manufacturers. These are all collective choices. Some, like standards for industrial products, need to be adopted on a global level, but others are only completely meaningful at the local level.

3. Social and solidarity economy takes root in the territories

Experience shows, in banking and insurance for instance, that in a national and international market, social-economy companies, when competing with the traditional economic model, do not behave very differently than other companies.

It is at the territorial level that social and solidarity economy contributes best to the continuous invention of new responses to emerging needs: a community’s learning the thousands of ways to respond to common problems is the most reliable way to increase the community’s intangible capital, its reaction capacity, and its capacity to take the initiative under any circumstances.

Social and solidarity economy, by mobilizing local resources for its capital, intelligence, and work, by combining salable and non-salable goods and services, by making their goals economic, social, and environmental at the same time, constitutes an essential branch of the œconomy and one of the best ways to anchor it in the territories.

Governance regimes for the different categories of goods and services need first to be set up at the territorial level. This is obvious for goods that are destroyed when shared, as for ecosystems, which are known to be maintained only when they are jointly managed by the population and the public authorities. In the case of ecosystems benefiting a community that is larger than the territory, it is at this other level that negotiations should take place such that the larger benefiting community contributes to the maintenance of the common good.

In the area of natural resources, for instance water and fossil energy, it is at the territorial level that need to be defined the consumption quotas, the procedures for distributing these quotas among activities and among families, and that the elementary level of quota trading should be organized.

5. Territory: the space for organizing a decentralized œconomy, thanks in particular to the generalized use of complementary currencies.

We must reject the opposition between on the one hand, closed, inward-looking economies, presented as an illusory return to the past, and a single global market, which has proven to fail to connect, locally, idle hands, unemployed creativity, and the needs of the population.

No territorial or national economy can be closed at this stage of global interdependence. Conversely, the global market has shown its inability to respond to the requirements of social cohesion and the protection of the biosphere. As in all other areas of governance, what counts is knowing how to articulate the different levels of production and trade, from the local to the global.

Introducing a diversity of currencies (creating a currency and building a community always go together) allows each territory to stimulate short supply circuits, combinations of paid and unpaid activities, equivalence procedures for work time, etc. Historically reinvented in the 19th century to face crises (for plurality of currencies was the rule in the older days), developed at different levels, from the local to the national (in practice, many countries use several currencies depending on whether it is for domestic or foreign trade), with the benefit of all the new facilities offered by computer science and the Internet, these local and regional currencies, or even currencies specific to a professional community (like the wir for small and medium-sized companies in Switzerland) is a response that can be generalized at the level of the different territories.

The principle of responsibility is anchored in every society. The statement of a Charter of Universal Responsibilities makes it possible to recognize this ethical principle within each community and to update the nature of the social contract that connects its different members.

1. Development of Territorial Charters of Responsibility.

In the majority of the world's cities there are populations of numerous different backgrounds, including ethnic and religious, which is the outcome of large-scale mixing of populations. Because of this, communities can no longer base their cohesion, as in the past, on shared history, common values, common myths, etc. Hence the importance of completely reviewing the concept of living together, which can be done through the collective development and adoption of a territorial charter of responsibilities defining the rights and responsibilities of each with respect to the rest of the community.

2. Education, a particularly interesting case of implementation of territorial charters of responsibilities.

At the international children's meeting in Brasilia in 2010, which assembled 53 national delegations of 12- to 15-year olds, a children's charter of responsibility was worked out, adopted, and called "Let's take care of the planet." This is a brilliant demonstration of the capacity of a human group reputed to be powerless to declare its own responsibility loud and strong.

At the same time, education systems should be deeply re-examined because subject segmentation hardly prepares children to live in, and manage a complex world. Territories are therefore essential education units because this is the level at which all society's dimensions are found.