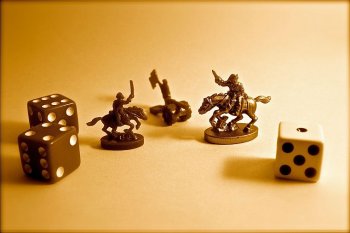 The Rio de Janeiro experience has left us with a planet-sized headache. It brought together tens of thousands of people and almost a hundred heads of state to adopt a 50-page, take-it-or-leave-it declaration that repeats commitments made long ago and not kept, taking care to include all the buzz words of a liturgy now emptied of all meaning: the role of women and civil society, rights, the importance of democracy and popular participation, not to mention indigenous people, some of whom were present in feathered attire. In all the senses of the term, it would seem that the die has been cast.

But careful now! Acknowledging our interdependencies is out of the question! One state does not have the right to scrutinize another! A man is master in his own home! The commitments are voluntary and only binding to those who believe in them. Civil society participation? Even the stakeholder forum, meant to represent the different actors but absorbed into UN bureaucracy, publicly criticized the masquerade after a month spent striving unsuccessfully to integrate its proposals into a program designed from the outset to exclude any ideas of real significance.

The European Union, after firing a few face-saving salvos into the air, laid down its arms to the authoritarianism of the Brazilian foreign affairs ministry. So the EU laid down its arms but, make no mistake now, still remained united! And was allowed to keep its flag! Our president added his voice to this touching consensus, obtained by acclamation for a text that fails to commit anyone to anything, with a few sincere words of no real import lamenting the lack of ambition shown by the conference conclusions. Consensus: this says it all.

There are plenty of international negotiations experts who can quote two or three sentences illustrating the amazing progress made over the last twenty years; we can also expect a few words on global governance of the oceans, a forum of stakeholders becoming a high-level forum, a few vague promises on the strengthening of the UN environmental program, and a commitment to formulating sustainable-development goals that will not bind anyone in particular. The Brazilian negotiator even touchingly revealed his thoughts: we’ve done well, we’ve retreated less than we might have feared! This wasn’t a step on the path to the great transition, it was Verdun a WWI battle where many died to achieve nothing]. Those who want to reconsider the 1992 principles will not be heard! In this sort of negotiation process, so many hours are spent quibbling over every last sentence that the participants lose sight of the purpose of the battle and only look to the success or failure of a particular skirmish.

The most significant feature is the repeated appeal to territorial authorities. This is a good thing for someone like myself, firmly convinced as I am that a sustainable society can only be built at the territorial level. But in the Rio context, it signals failure: incapable of devising the major change so urgently needed and all the more incapable of agreeing on the way in which such change should be managed, states are handing over the keys of the planetary city by asking other parties to step in and do the job for them. This admission of inadequacy is at the heart of the problem. Rio+20 acknowledges the failure of an intergovernmental world order more than two hundred years old—we will soon be celebrating the two hundredth anniversary of the Treaty of Vienna—managed by career diplomats. Some words speak loudly: the president of Brazil left the negotiations wholly in the hands of her foreign affairs minister. Not a world affairs minister or planetary common affairs minister, but a foreign affairs minister. Us against the rest of the world in a quid pro quo process where the planet is not the issue at stake, but serves instead as a battlefield for power play and the clash between national egos. What is more, the only thing to be heard in the corridors was the buzz of talk of the new balances of power and rise of the emerging nations. We can look forward to years of learned analyses of this new multilateral world. In every, or almost every, country in the world, these same foreign affairs ministries have been calling the shots, making sure that all those naive members of civil society, who believe that the planet’s survival is at stake, are not fooled: this is just the good old balance of powers among countries that only understand the language of power and national interests.

But do these national interests really exist, or are they a fabrication of the institution we know as the nation state? Are they superior to all other interests? Of course not. There is a far stronger bond between bankers and business leaders from the world over, who meet at Davos to swap news and strengthen their ties, a far greater degree of solidarity between small-scale farmers throughout the world, more parallels among different territorial authorities than among stakeholders from the same country. The very way that international dialog is organized predetermines the outcome. And when we add into the incredible illusion that a text can somehow be adopted by consensus—given that a UN vote cannot be taken seriously because the heterogeneity of member states makes the “one country, one vote” rule totally out of touch with reality—and when this obsession with consensus gives any slightly important country the right of veto, it is clear that the decisions have already been taken. There is no organization at the global level in charge of stating the general interest, like the European Commission in Europe. The Rio+20 agenda—putting the green economy to use to eradicate extreme poverty—was from the outset the result of a diplomatic compromise, creating an artificial marriage between the interests of developed countries and developing countries, setting the stage for these countries to confront each other. The draft declaration was merely the fruit of a summary of national proposals. And diplomats used the final negotiations to try and eliminate anything that could call into question or commit their countries. Clearly, we reap what we sow. A page-by-page reminder of national sovereignty and a catalog of worthy sentiments subject only to voluntary undertakings. We don't need a games-theory specialist to know that the institution of an alternative form of negotiations, for example, a world citizens’ assembly representing the different social forces and charged with formulating proposals to be submitted to state deliberation, would have produced a very different outcome. The crisis affecting the euro points clearly to the risk of a shared currency that is not backed by a political authority for coordinating economic and tax policies. So what can we do about a planet that needs to be managed collectively and is regulated exclusively by the free market? The contradiction between the level of our interdependencies and the way that they are managed by the market has become explosive. Since the first Earth Summit in 1992, the balances our survival depends on have been continuously deteriorating. Our world governance has become the most serious risk facing humanity. What we saw in Rio was a world ecological Munich, orchestrated by Brazilian diplomacy: the heads of state went home, seemingly satisfied that consensus had been reached in order to keep up the appearance of unity. But how many of them, when congratulated on this splendid result, just like Daladier returning home from Munich after the agreement with Hitler, must have muttered to themselves “the fools”? Because if we maintain the illusion that we can manage the planet without taking account of our interdependencies, we are definitely paving the way for the next round of global conflicts.

So what now? We have to take controversial initiatives. Consensus will have to be discarded if that is the price for saving the planet. Let us move ahead with those who want to move ahead. Let us abandon the idea that global free trade with no social and environmental conditions attached is the guarantee of peace—because this is the peace seen at Munich, a peace foreshadowing tomorrow’s war. Let us stop seeing the state as the absolute sovereign, the state as established by the Peace of Westphalia treaty, a line we cannot cross. Let us start by accepting that all actors, public and private, have to account for their actions to the global community when the impact of such actions crosses national borders. Let us therefore adopt a Universal Declaration of Human Responsibilities, a vital adjunct to the Universal Declaration of Human Rights, and use it as the basis for an international law of responsibility. Let us set up international trade based on sustainable production and consumption networks and a platform for international deliberations on the new economic model with a currency that no longer confuses that which we need to save—fossil energy and natural resources—and that which we need to encourage—human labor, a confusion currently sustained by the use of the same unit of account and the same payment method. The European Union, seen today as the sick man of globalization, is the only one to have devised a way to unite while respecting differences, to have learned to use peaceful means to get beyond national egos. It is time for the EU to speak up and, having taking the time to reflect, refuse the global ecological Munich. And France will take pride in playing a vital role in this process.

Pierre Calame
_ [Forum of Ethics and Responsibilities
_ Author of Sauvons la planète ! (Let’s Save the Planet!)
_ published by Editions Charles Leopold Mayer (ECLM), May 2012
_ President of the FPH