Proposal for a Charter of Universal Responsibilities 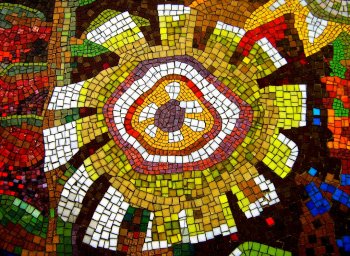 We, Representatives of the Member States of the United Nations, gathered in Rio de Janeiro for the Earth Summit, June 2012

-1- that the scope and irreversibility of the interdependences that have been generated among human beings, among societies, and between humankind and the biosphere constitute a radically new situation in the history of humankind, changing it irrevocably into a community of destiny;

-2- that indefinite pursuit of current lifestyles and development, together with a trend to limit one’s responsibilities, is incompatible with harmony amongst societies, with preservation of the integrity of the planet, and with safekeeping the interests of future generations;

-3- that the scope of today’s necessary changes is out of range of individuals and implies that all people and all public or private institutions become involved in them;

-4- that the currently existing legal, political and financial procedures designed to steer and monitor public and private institutions, in particular those that have an impact worldwide, do not motivate these latter to assume their full responsibilities, and may even encourage their irresponsibility;

-5- that awareness of our shared responsibilities to the planet is a condition for the survival and progress of humankind;

-6- that our shared responsibility, beyond the legitimate interests of our peoples, is to preserve our only, fragile planet by preventing major unbalances from bringing about ecological and social disasters that will affect all the peoples of the Earth,

-7- that consideration of the interests of others and of the community, and reciprocity among its members are the foundations of mutual trust, a sense of security, and respect of each person’s dignity and of justice;

-8- that the proclamation and pursuit of universal rights are not sufficient to adjust our behaviour, as rights are inoperative when there is no single institution able to guarantee the conditions of their application;

-9- that these facts require the adoption of common ethical principles as inspiration for our behaviour and our rules as well as those of our peoples
_
_
_ We adopt, in the name of our peoples, the present Charter of Universal Responsibilities and we commit:

- to make it the foundation for our behaviour and our relations,
- to promote it among all sectors of society,
- to take it into account and to put it into practice in international law and in national law.

1. The exercise of one’s responsibilities is the expression of one’s freedom and dignity as a citizen of the world community.

2. Individual human beings and everyone together have a shared responsibility to others, to close and distant communities, and to the planet, proportionately to their assets, power and knowledge.

3. Such responsibility involves taking into account the immediate or deferred effects of all acts, preventing or offsetting their damages, whether or not they were perpetrated voluntarily and whether or not they affect subjects of law. It applies to all fields of human activity and to all scales of time and space.

4. Such responsibility is imprescriptible from the moment damage is irreversible.

6. The possession or enjoyment of a natural resource induces responsibility to manage it to the best of the common good.

7. The exercise of power, whatever the rules through which it is acquired, is legitimate only if it accounts for its acts to those over whom it is exercised and if it comes with rules of responsibility that measure up to the power of influence being exercised.