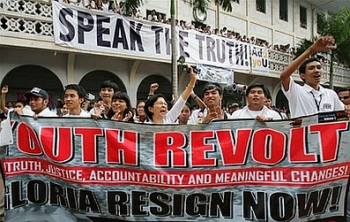 It is the poorest countries which suffer the most under the burden of corruption. Despite some advances, corruption continues to dramatically suck up resources allocated to education, health and infrastructure. The priority is to improve transparency in financial management and tax collection at the public expense, to strengthen the control procedures and bring an end to the impunity enjoyed by corrupt officials. A professional and independent judicial system is also a key element in putting an end to impunity, strengthening the state of the law, and promoting the confidence of the public, financial backers and investors.

On the other hand, the corruption of high-ranking public officials in poor countries includes an international dimension which involves the countries ranked highest in the CPI. Bribes are especially paid by multinational enterprises with their headquarters located in the richest countries. It is unacceptable that these enterprises continue to consider that corruption in export markets is a legitimate business strategy. Moreover, international financial centres play a pivotal role in authorising corrupt officials to change their location, find refuge and invest their illicitly acquired funds. Offshore financing has therefore played a decisive role in the looting of millions of dollars from the coffers of developing countries, thus facilitating the corrupt behaviour of officials and the impoverishment of those they are supposed to govern.

Since corruption is a global problem with international roots, the battle against it requires taking measures on a global scale. The article cites a list of measures regarding, among other things, the actions to be taken by developing countries, the judicial sector, the eradication of tax havens, the regulation of the financial centres of rich countries, the strict implementation by the governments of the richest countries of the OECD Convention against Corruption which criminalises the corruption of foreign officials.