For a Democratic Cosmopolitarian Movement 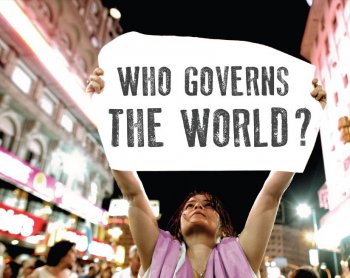 The world ecological crisis and the inability of the international system of states to respond to it demonstrate that the human condition is now universal; more so than ever before. It is driving humanity (“the human race” or “humankind”) to think of itself today as a world community, to form itself into a world society and, like a world nation, to defend its survival and its future collectively.

Humanity is however struggling to see itself as a world community. Consciousness of sharing a common destiny on a global level is not yet sufficiently widespread. Moreover, only the creation of a form of global political power—whatever form it might take—could constitute a world society. In Switzerland, it is the Federal Constitution that created the sense of being Swiss; and it is the European Union that is today creating European identity.

Neither the international system, the contemporary UN system, based on bilateral and multilateral diplomacy, nor the G8 and G20 have proven capable of constituting the minimum institutional structure to allow the implementation of world governance.

The issue is that effective world governance is now indispensable for the survival of humanity on earth, not to mention humankind’s aspirations for liberty, equality, and solidarity or their desire for emancipation.

How can world governance be put into effect? That is the issue of the century, the question we have to undertake to answer. And there is some urgency. Yet we still do not have the theoretical tools to do so, nor the social and political forces necessary to establish the conditions for such governance.

The aim of this paper may appear Utopian and excessively ambitious to some. That is because it is not limited to thinking about the world using existing concepts, and because it is positioned resolutely within a particularly high level of social action, at the universal and world level of humanity. Indeed, the author has chosen to place his theory in a sufficiently long time period to encompass at least the modern era, in a sufficiently wide geographic area to include the planet, and in a sufficiently broad strand of sociology to account for humanity in its universality.