Environmental Governance and Managing the Earth 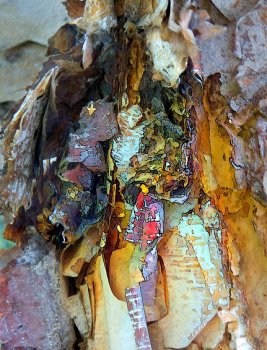 This file contains a series of discussions and proposals formulated in recent years around the environmental dimension of world governance. They have been categorized according to the following themes: reconstruction of the environmental balance; energy management, mineral and ocean resources; farming, food security, and sovereignty; sustainable development; and the relationship between humankind and the biosphere.

The crisis brought about by the accelerated pace and the probable irreversiblity of the impact of human activities on nature requires collective answers from governments and citizens. Nature ignores political and social barriers, and the global dimension of the crisis cancels the effects of any action initiated unilaterally by individual governments or sector-type institutions, however powerful they may be. Climate change, ocean and air pollution, nuclear risks and those related to genetic manipulation, the reduction and extinction of resources and biodiversity, and above all a development model that remains largely unquestioned globally are all among the various manifestations of this accelerated and probably irreversible impact.

This impact is the factor, under globalization, that most challenges the system of countries competing with each other to the exclusion of all others. Of the different fields of global governance, environmental management is the most wanting in urgent answers to the crisis in the form of collective actions by the whole of the human community. At the same time, such actions should help to model and strengthen the progressive building of this global community.

This file contains a series of discussions and proposals formulated in recent years around the environmental dimension of global governance. They have been categorized according to the following themes: rebuilding environmental balances; manging energy, mineral, and ocean resources; farming, food security and sovereignty; sustainable development; and the humankind-biosphere relationship.

The discussions and proposals in the area of rebuilding the environmental balance include setting new processes in motion and setting up new institutions to deal with climate change, constituting information-sharing and discussion networks, and promoting fair-trade agreements.

In the area of resource management, the file includes a proposal paper on the sustainable management of forests and a new global contract on water, as well as other proposals on water management developed by the Alternative World Water Forum.

Two declarations on food sovereignty by social movements introduce the theme of farming, and food security and sovereignty. Here, the theme is approached from the perspective of the needs of populations and of the inalienable public nature that should be given to natural resources.

For sustainable development and the humankind-biosphere relationship, two concepts are analyzed: the first, "de-growth," as an alternative to the sustainable-development model, and the second, Environmental Space, which offers a cognitive framework for an exhaustive and integrated approach to policy making. Two other articles deal more generally with the need to build a new integrated and plural model of global governance that takes all the different players into consideration and can be built according to a schedule that makes it possible to achieve a better implementation of its development.

Finally, under the theme of managing territories, cities, and the rural world, two documents deal with the need to rethink the urban model. The role of territories in globalization is also analyzed, and ways are proposed for stabilizing the various forms of community property, which are tending to disappear under the globalized free-market model. A last document proposes the outcome of the discussions and experiences of a social organization, namely a model for an integral regional development for the Amazon Basin.

The file is a first collection of a variety of analyses, ideas, and proposals in terms of content, perspectives, themes, and cultural influences in the realm of environmental governance at the scale of the planet. Its originality and relevance are derived from the pioneering nature of the search to respond to the need of a plural and responsible development for this dimension of global governance.