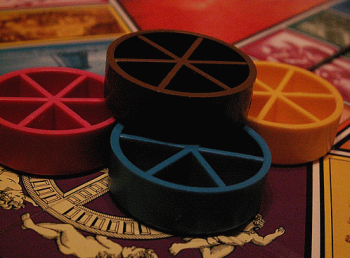 This study outlines the mandate and activities of the Group of Eight (G8), examines for what and to whom the G8 is accountable, reviews the range and types of civil society groups interacting with the G8, and discusses how and to what extent this engagement has promoted or failed to promote G8 accountability through various actions: policy studies, evaluation and monitoring of commitments; petitions, lobbying, mobilisation and media campaigns; demonstrations and protests; dialogue; alternative summits; and participation in multi-stakeholder partnerships. The paper than analyses attitudes, procedures, structures, and other factors that have helped or hindered civil society's contribution to G8 accountability.


The G8 is a powerful club of what is usually called the major industrial democracies - Canada, France, Germany, Italy, Japan, Russia, the United Kingdom and the United States. Several economic shocks and other major events in the early 1970s led to the emergence of the group. Since that beginning, when the G7 focused on economic and financial issues, the G7/G8 agenda has grown incrementally to embrace more and more topics: political concerns, and later a great number of diverse transnational, global issues from the environment to terrorism and infectious diseases.

The main roles today are deliberation, direction-giving, and decision-making as well as global governance and domestic political management functions. The summit allows the attending heads of state and government to exercise political leadership, reconcile domestic and international concerns, develop collective management, and integrate economics and politics in their negotiations and decisions.

The support apparatus of each G8 leader is led by a personal representative (Sherpa), as well as (since 2001) an Africa Personal Representative, two sub-Sherpas (one economic, the other financial), a political director, and, of course, a large retinue of logistical, security and other staff. Because the G8 is not based on a founding charter -unlike the UN Charter or similar constitutive intergovernmental agreement - there are no built-in institutional mechanisms to set out or regulate the nature of interaction with other actors. Nor does the G8 have a secretariat (although G8 member countries do have their own administrative structures related to the G8); so there can be no structured, continuing machinery through which civil society and other non-state players can interact with the G8.

But those institutional and structural constraints have not prevented substantial and on balance positive interaction between the G8 and civil society. This paper aims to show, in a historical and pragmatic context, how that complex interaction has promoted or failed to promote G8 accountability.

By Peter I. Hajnal