Videos of the Governance and Ressentiment Seminar 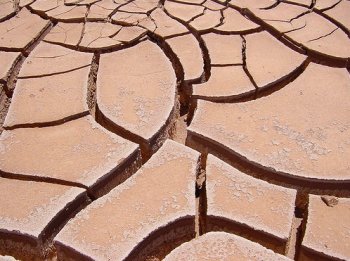 The "Governance and Ressentiment" seminar was held in Iquique, Chile, on December 5 and 6, 2008. It brought together various actors and intellectuals of the South Cone to work on the theme of ressentiment, which is rooted in the reality of the region and is also relevant globally. It was organized by CORAYUN and by the FnWG in the framework of a process leading to a South Cone Citizen Assembly.

Speeches and interviews are in Spanish and in French only.

The meeting (Spanish & French, English subtitles). Ressentiment has been generated throughout the years by injustice and inequality. It needs to be named, made visible, faced, and overcome. It is something of a controversial and complex idea: How does ressentiment turn into revolt or mutual understanding? How are the problems and obstacles identified? Ressentiment is a cross-cutting theme and fundamental issue in the resolution of social and environmental relations.

Ressentiment: causes and challenges (Spanish). How do we overcome our wounds so we can rebuild relations and coexistence? We need to look at the need to revise the foundations of our judgments of others, the problem of the tendency to set up scapegoats, the accumulated historical ressentiment in contemporary conflicts, the need to transform the bad side of ressentiment, the need to constitute a record of injustices.

Ressentiment: proposals (Spanish). Among possible strategies to overcome ressentiment there is talk of inclusive methodologies for working collaboratively. The various proposals presented are organized into themes: ethics, economics, politics, and education. Some of the themes are: living Utopia in the present, recovering the “whole,” or pachamama, maintaining discursive consistency, practicing detachment, implementing ethical governance, plural education, and reconstructing true history.

Ressentiment: causes, challenges, and proposals (French). Ressentiment is an obstacle to world governance, understood as governance among all peoples, which so far have been more or less artificially separated into the political configuration of states. France and Germany are an example of overcoming ressentiment after two centuries of conflicts. Ressentiment, which is a natural feeling among human beings, needs to be channeled by means of will power, dialog, education, and overcoming ideas of the inferiority of others.

Ethical governance, multiculturality, and complexity (Spanish). the following themes, among others, were discussed: complementarity, difference, and equality among men and women; the survival of resistance as an answer to capitalism; the need to face conflict without prejudice; the establishment of a minimum agreement program in a multicultural context; conceptualizing forms of resistance as a preliminary step to political organization; the problem of how to address true global power; ethical governance; the temporal dimension; the complexity of good and evil.

Indigenous governance (Spanish). In this aspect, the following themes, among others, were discussed: the symbology of Aymara dress; the legitimacy of community power; balance as the reference for traditional communities; political offices and justice in indigenous communities; the organization of territory; town councils and ayllus; the rotation of power; indigenous electoral traditions.

Other issues (Spanish). Several other themes were discussed, among which: governance as the core theme of the assembly; the process toward a South Cone Citizen Assembly; experiences of university teaching open to civil society; promotion of citizen assemblies in different regions of the world.