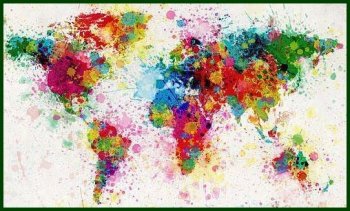 The Universal Declaration of Emerging Human Rights (UDEHR) is a programmatic instrument of international civil society aimed at state actors and other institutional forums for the crystallization of human rights in the new millennium. The Declaration’s point of departure is the idea that civil society plays a fundamental role in facing the social, political, and technological challenges that contemporary global society presents. For this reason it is provided with the UDEHR, an additional instrument to facilitate the knowledge of, and the debate surrounding, human rights.

The UDEHR arose from a discussion process which had its roots in a dialog organized by the IHRC as part of the Universal Forum of Cultures Barcelona 2004, entitled “Human Rights, Emerging Necessities and New Compromises”.

The UDEHR is not intended to substitute or question existing national and international instruments of the protection of human rights. It does not attempt to deny nor disqualify the general validity of the Universal Declaration of Human Rights. Rather, it attempts to update and complement it from a new perspective, that of participatory citizenship.

All human beings - free, equal and endowed with dignity - are entitled
to more rights than just those that are recognized, protected and
guaranteed. The Declaration of Emerging Human Rights arises from the
global civil society at the beginning of the 21st century with the
aim of contributing to the design of a new horizon of rights that
will orientate the social and cultural movements of communities and
peoples, and that will at the same time be inscribed in contemporary
societies, institutions, public policies and the agendas of leaders
in order to promote and favor a new relationship between the global
civil society and the authorities.

Human rights are the foundation of free societies. The globalized society
must speak out in defense of the effective guarantee of rights,
assuring peace, justice, freedom and conditions of well-being as the
base of a harmonious and happy life for all.

In the years that have passed since the United Nations General Assembly
solemnly proclaimed the Universal Declaration of Human Rights on
10 December 1948, political, social, ideological, cultural, economic,
technological and scientific changes have taken place that have strongly
affected our understanding of human rights, the mechanisms for
their guarantee, and the strength and impact of the voices and movements
that, from the global civil society, demand their respect.

More than half a century has passed, without doubt a considerable distance
has been covered and a universal juridical patrimony is beginning
to be built and consolidated. Nevertheless, human rights have not
been defined in a permanent way because each social or technical evolution
makes relationships more complex and opens new possible paths
of domination or plunder. Who can doubt that we find ourselves today
before one of these stages, perhaps one of the most difficult stages
to be crossed in the history of humanity?