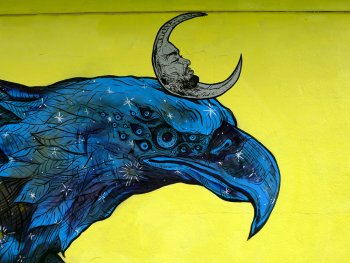 This article identifies a triple crisis of capitalism based on the three fictitious commodities as identified by Karl Polanyi: labour, money and land. This framework is used to integrate the environmental crisis into the wider crisis of capitalism. It argues that international actions required to reduce greenhouse gas emissions are going to present major challenges for capitalism with implications for the current dominance of market power and the subservience of state and social power. The article critically examines the potential of climate capitalism to achieve a low-carbon society by 2050 and introduces the need to face the challenges of de-growth.

There is much focus in public discussion on issues of sustainability, and mainstream versions of development tend routinely to attach the adjective ‘sustainable’ to it in ways that have largely become meaningless . However the content of the discussion tends to limit itself largely to issues of environmental sustainability. Little or no attention is focused on the models of development that structure our production and distribution systems (both industrial and agricultural), inform our energy systems, stimulate our consumption patterns, and provide society with the imaginaries that legitimate the present structure. Therefore, discussion of alternatives is largely limited to reforms within the current capitalist model of economy and society so that the questions raised by the various dimensions of today’s global crisis – the financial/economic and the social, as well as the environmental – for the sustainability of capitalism tend not to be asked. This is partly because the various dimensions are seen as discrete and separate crises rather than manifestations of a paradigmatic crisis, a crisis of the capitalist model itself.

Polanyi’s three fictitious commodities accurately identify the three core elements that make today’s capitalism so unsustainable and therefore require its transformation. The commodification of labour lies at the heart of the problem of the social reproduction of capitalism as the gap between higher earners, average earners and lower earners has grown exponentially, while security of employment has virtually disappeared in many sectors of the global economy. The commodification of money lies at the heart of the transformation of the financial system of today’s capitalism into an almost entirely speculative system that has become to a great extent disengaged from the productive economy. While the commodification of labour and of money have generated much critical analysis of capitalism, until recently much less attention was devoted to the commodification of nature, reflecting the widespread failure of the social sciences to take into account the embedding of our social systems within the planet’s finite and vulnerable ecosystems.

A further challenge poses an even more significant threat to capitalism: this is the challenge of de-growth. An anti-consumerist economy is one in which productivity growth is turned into greater leisure rather than greater consumption. But if this were to happen, capitalist firms would continually face problems of inadequate demand for their products … Only by curtailing profit-maximisation as the driving force allocating capital would it be possible to re-engineer the economy in the rich regions of the world in such a way that increases in leisure would be given priority over increases in consumption.

However, dealing with de-growth, leads us back to focus again on the central ethical questions that have been obscured for decades by a growth-based economy: What is the good life? What is the good society? For example, it is impossible to imagine Piketty’s prescriptions for effectively addressing today’s gross inequality – a top income tax rate of up to 80 per cent, effective inheritance tax, proper property taxes and a global wealth tax – being implemented within today’s dominant political economy model where market power predominates. Transforming capitalism therefore becomes a necessary requirement to address the triple crisis that puts all our futures in grave peril.