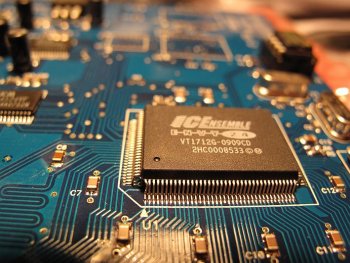 Essentially, Transfinancial Economics model (TFE) claims that new largely monitored non-repayable money could be created electronically by special transparent, and credible funding mechanisms, or Facilitation Banks (and/or by governments to some extent). This could notably fund, in full or in part, environmental, and socio-economic projects of high ethical value. This would help to speed things up unlike loans.... though interest free ones could also be created electronically when necessary. The aim of all this is also to give powerful financial incentives to businesses that could profit with genuine projects, and more importantly help save the planet, and its people as far as possible from extreme weather events which could occur via Climate Change, and Global Warming.

What has been suggested above is Primary TFE, and the amount of new money created is more limited unlike Advanced Stage TFE.To avoid any serious inflation the planning of any large, or small project could if at all possible take into account the productive capacity of suppliers. Thus, products, and/or services could be planned beforehand so that there is as far as possible no unexpected demand. This could be further reinforced if the costs of the relevant products could be electronically tracked, and controlled. In other words, we would have a two tier system ideally on a global scale in which we would have a more "controlled" economy, and ofcourse the present Free Market one in the developed world. In other words, we would have a form of Advanced Market Commitment, or AMC.

A startling aspect with so-called Advanced Stage TFE is the possibility to gain a near perfect knowledge of the entire economy of the country. The data via full Electronic Transaction Monitoring (or ETM) would be collected 24/7 in "real-time" via the ID codes,and barcodes of products, and services at the point of sale, or later transactions with banks. Such transaction data would not just be useful to the companies but could be simultaneously transmitted to a resource/inflation agency. It is there that supercomputers could be used to instantly check the Free Market Prices of goods, and services. Due to comprehensive programming price comparisons are made in "real-time", and inflationary pressures would be detected. This transaction data would be vital to bring about wholesale sea change towards an environmentally sustainable, and socially ethical economy, as more, and more new electronically monitored non-repayable money could be created with real confidence, and without any serious inflation. As we would have a highly accurate understanding of the real economy inflation risks could be accurately assessed via computer simulations of the economy itself. This is revolutionary when fully understood. However, it cannot of course fully rule out uncertainty.

TFE regards the financial system as a huge global IT system, and recognizes the reality that virtually all money exists as electronic,or digital data transmitted from one bank account to another.This means that the free flow of capital can be tracked, and controlled if necessary.