The UN: Which Reforms for What Future? 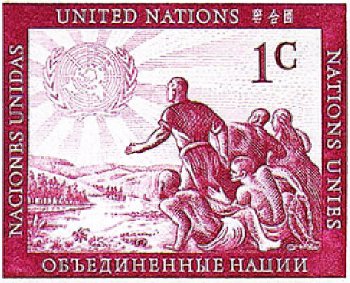 The UN is currently under a lot of criticism. Upbraided and disparaged, the body that conveyed so much hope is now being berated. There is abundant literature on its subject, not to praise it but to point out its weaknesses, to the point of challenging its very existence.

How did this come to happen? Is such reproach warranted? How should the UN be reformed? What is its future? Should it really be abolished? This file contains info sheets organized according to a number of different themes, intended to provide parts of the answer.

First, a brief overview addresses the right-of-intervention issue and its evolution by reviewing the history of peacekeeping and its present situation, as well as by completing a mid-term assessment of the UN’s Millennium Development Goals.

This is followed by a look at the obstacles the UN has met. The organization’s road is fraught with pitfalls, and many of the flaws weakening it are induced by the Member States themselves as they fail to pay their full dues or adopt an extremely defensive attitude when their sovereignty is at stake.

A third part presents reform proposals put forth and upheld by a number of different players and thinkers. The proposals involve the Security Council and peacekeeping, and also the question of instituting an Economic and Social Security Council.

A last section considers the future of the UN and the role that it might be led to play, particularly in environmental matters. The basic question nonetheless remains: does the United Nations actually have a future?

Please note: This file is quite substantial and only the table of contents, with details, has been translated. You can download the complete file in French here. Volunteer translations of individual info sheets will be appreciated and published. You may send translations to info@world-governance.org.