The Extraterritorial Scope of the International Covenant on Economic, Social and Cultural Rights (ICESCR) 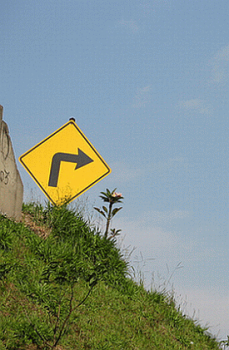 While investigating the extraterritorial scope of the International Covenant on Economic, Social and Cultural Rights (ICESCR), this paper introduces the threefold classification of internal, external, and international obligations applicable to all Human Rights treaties. Moreover, it emphasizes that most Intergovernmental organizations (IGOs) are duty-bound under Human Rights treaties and suggests steps to operationalize the related obligations of states. This paper looks at some relevant articles of the ICESCR, its interpretation, the nature of extraterritorial obligations, and offers some remarks and proposals.
The International Covenant on Economic, Social and Cultural Rights is perhaps the most violated international treaty of all. This includes both internal, external, and international obligations. For the victims, and for all of us as fellow human beings whose rights have been recognized in the Covenant, it offers an important point of departure toward a new world order where our economic, social, and cultural rights are realized. Such a realization requires a Human Rights accountability of international institutions and external business activities. For this to happen, the extraterritorial scope of the ICESCR must be allowed to bear fruits. The political challenge is there.

The paper first looks at some relevant articles of the ICESCR and considers the interpretative work of the Committee on Economic, Social and Cultural Rights. It then draws some conclusions on the nature of the different types of extraterritorial obligations. It makes some concluding remarks along with recommendations for next steps.

The ICESCR offers a wide extraterritorial scope, which has been largely under-utilized. The Covenant was conceived as a centerpiece for a new world order in the aftermath of a devastating war - a world based on universal rights and global cooperation. Today, almost 60 years later, this new world order is still far from being achieved. One of the reasons might very well be the failure to fully utilize the extraterritorial scope of the International Bill of Human Rights.

One of the main tasks of the new century will be the transition to sustainability: this will mean drastic changes both in the North and in the South: population growth will have to come to an end. The same is true for a contradictory economic paradigm based on the endless destruction of finite natural resources. The paradigm of aggressive growth - aggressive towards Nature, including our fellow human beings, ourselves, and our children - will have to be replaced by a culture of peaceful and regulated sharing.

The extraterritorial scope of the ICESCR provides an opportunity for state parties to meet these global challenges of the twenty-first century. The first step will be to start operationalizing extraterritorial obligations. They entail institutional consequences - for example the reform of the United Nations Organization.