The Commons and World Governance 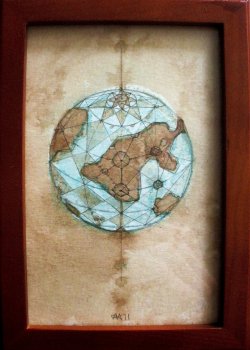 It is only by moving from the idea of individual protection to the idea of protection of all that we can start to envisage the possibility of a global social contract. In other words, it is our global freedom, that is, our freedom to enjoy, thus to protect, what is common to all of us as a world community that will entice us to, and determine our will to extract ourselves from what is essentially becoming a global war on our planet, on our “commons,” and on ourselves.

But what does this “all” entail? For all the talk of a universal or pluri-versal culture or civilization, of a common destiny, of global ethical principles that might bind humankind together, these noteworthy concepts have not, at least not yet, withstood the test against the dark forces of nationalism, greed, and resentment that seem to rule the day despite grandiloquent discourses to the contrary. To fight these forces resolutely, relentlessly and effectively, one needs something more tangible and more palpable than what are often perceived as soft principles with few means of being altogether enforced. The concept of common goods, or simply “commons,” on the other hand, may have the potential of serving as this bond for humankind.

The concept of “commons” does not just entail a physical (or, in some cases “digital”) matter but rather a new manner of envisioning ourselves and others, our environment, and our relationship to this environment. Through the concepts of “commons” and “commoning,” one radically transforms the traditional equation of freedom and property by reasserting freedom in a global—and not just individual—fashion while also extracting from this concept its traditional tie to private property. Such a reversal has potential and profound long-term consequences in that it alters our social commitment and allegiance from what was exclusively a national “contract” that most of us—with the exclusion of those changing nationalities—inherited, to what would amount to a global and voluntary contract. As such, to our traditional bi-dimensional identity as individuals and national citizens (in strictly juridical terms, as all of us identify also with communities other than national) is added a third dimension, a global citizenry of sorts.