The Challenge of Environmental Governance 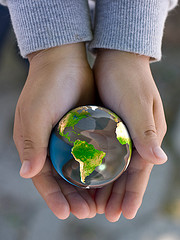 The United Nations Climate Summit (Copenhagen, December 7-18, 2009) is our last chance to obtain an indispensable agreement to renew and deepen the Kyoto Protocol, which runs to 2012 and has turned out to be insufficient to deal with the disastrous evolution of climate change, with environmental deterioration now worse, in some cases, than the most ominous forecasts.

In the lead-up the summit, the heads of the main industrial powers, including for the first time China, have entered into a game of statements on emission reductions, with nothing, however, to guarantee the authenticity of their statements nor that in the end, the economic interests of the few will not prevail once more over the interests and well-being of the many, the environment, and future generations. For some, ours may very well come to pass as the generation of the stupidity. (1)

Citizenry, on its side, is rallying to have its voice heard. Although it is not represented, part of the emerging global civil society will attend Copenhagen nonetheless, and at the same time four million people have already endorsed an unprecedented Internet-based global campaign requesting that political leaders sign a "fair, ambitious, and binding deal." (2)

We believe this situation to be too serious to leave it exclusively in the hands of state leaders or in those of a certain private “green free market.” For these reasons, and as an alternative to leaving the future of the planet at the mercy of a few special interests, we are waging a battle for an environmental governance that will set rules of the game based on justice, transparency, plural participation, and an international common legal body. These rules are to cover not only the setting of emission quotas but all the aspects of the complex relationship between humankind and the biosphere.

This article is a definition of the concept of environmental governance that the FnWG prepared for publication on Wikipedia and on WikiCoredem, and also claims to be a contribution to the Copenhagen Summit and to a necessary citizen debate on the construction of structural and ambitious solutions for a sustainable future. Enjoy your read.