The Armed Forces and World Governance 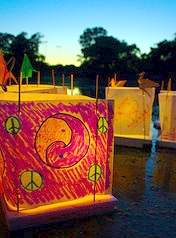 In a world still dangerous and unstable, perhaps even increasingly so, the military of all countries have a major role to play for a better world governance. The use of armed forces, which are at the service of politicians and cannot solve conflicts on their own, should only be used as a last recourse after having tried determent and prevention. It should be restricted (to a minimum of necessary violence), short-lived, legitimate, and legal, and comply with the now well-established jus in bellum et ad bellum.

This document is the outcome of a discussion within the French organization Civisme Défense Armée Nation (CiDAN), an organization working on civic-mindedness, defense, the army, and the nation. CiDAN takes a position with regard to the reality of never ending war. It draws a paradoxical picture where on the one hand some progress has been made (end of interstate wars, new conventions to ban mines and on biological and chemical weapons, the International Criminal Court, etc.), and on the other hand, wars and the intensity of the means deployed in them have not decreased, nor have the causes leading to them, extreme poverty in particular.

The document presents some thinking and recommendations on world governance, on the usefulness, legality, and legitimacy of public armed forces, on decision-making bodies and the criteria they use to make decisions, as well as on the role and the effectiveness of armed forces and the United Nations in conflict resolution.