Soldiers and the Latest Trends: Lessons from Yugoslavia? 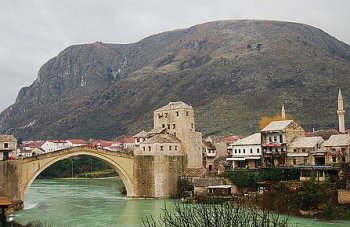 We are immersed in the latest trends. The current trends in a given society, for a given period and on a given issue mean we might think this, or we might think that; or rather, we might not think it: this or that imposes itself as the truth, with no need for argument, or even any question of refuting it. Most people accept this without thinking, and some with conviction; certain free spirits, on the other hand, view it with distrust or even scepticism; a minority swim against the current, sometimes at not inconsiderable risk to themselves.

There is not a single field of human endeavour that has escaped this phenomenon, now diminished by the current revolution in information and communication resources. Are these trends the result of a combination of chance factors percolating together into a single effect, or are they the result of the deliberate manipulations of skilled puppeteers, or even a bit of both? In any event, is this not a manifestation of mimetism, whose key role in human behaviour was uncovered by René Girard? The fact remains that they dictate opinions and behaviours, like an insidious Zephyr but with the brutality of Boreas. The effects of fashions, dominant ideas and strong “politically correct” trends thus exercise what should really be called their tyranny 1 since these phenomena leave no room for any alternative.

Who can escape this tyranny? Certainly not the soldier, who is delegated by society to use force (where necessary) in the form of the weapons entrusted to him and who must derive an essential legitimacy from that same society; the degree of that legitimacy must be equal to the degree of power with which he is invested. Aside from the fact that the micro-society represented by the army cannot be a foreign body within society itself – although this aspect of the problem will not be addressed here –, trends are also active in a soldier’s field of activity: the policy under which he is acting, the doctrine that inspires him, his modus operandi, the image of his colleagues or even his enemies, the objectives pursued, and the information disseminated about the action, its effects or its results are all, to varying degrees and depending on the circumstances, subject to trends.


{Jean-René Bachelet} completed a full military career in the French Army through to the highest levels of responsibilities. He commanded the Sarajevo sector in 1995 in the framework of UNPROFOR. Since 1996, he has conducted in-depth thinking touc...