Small-scale Sustainable Farmers Are Cooling Down the Earth 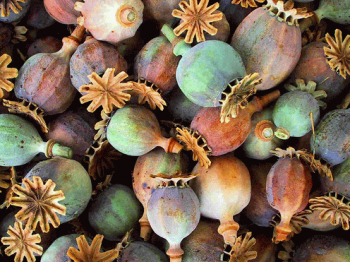 Farmers - men and women - around the world are joining hands with other social movements, organizations, people, and communities to ask for and to develop radical social, economic, and political transformations to reverse the current trend.

Corporate food production and consumption are significantly contributing to global warming and to the destruction of rural communities. Intercontinental food transport, intensive monoculture production, land and forest destruction, and the use of chemical inputs in agriculture are transforming agriculture into an energy consumer and are contributing to climate change. Under neoliberal policies imposed by the World Trade Organisation, the regional and bilateral Free Trade Agreements, as well as the World Bank and the International Monetary Fund, food is produced with oil-based pesticides and fertilizers and transported all around the world for transformation and consumption.

Globalized agriculture and corporate food production generate global warming by transporting food all around the world, by imposing industrial forms of production (mechanization, intensification, use of agrochemicals, monoculture, by destroying biodiversity (and carbon sinks), by converting land and forests into non-agricultural areas, by transforming agriculture from an energy producer into an energy consumer.

Agrofuels, carbon trading, and genetically modified trees and crops are false solutions developed from the global agribusiness sector. Via Campesina believes that solutions to the current crisis have to emerge from organized social actors that are developing modes of production, trade and consumption based on justice, solidarity, and healthy communities. No technological fix will solve the current global environmental and social disaster.