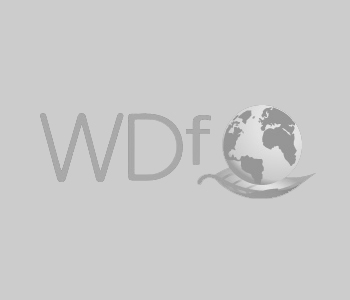 {{Dialog and coordination among the different actors around the planet are crucial for building democratic global governance. Despite the fact that for the moment there is more collaboration among grassroots, professional, trade, and cultural organizations from different parts of the globe, these do not always have as goal or intention to raise a common voice to fill the political vacuum left by globalization. The Tripartite Civil Society Organization (CSO) China, Europe, and South America Dialog is now following this direction. A meeting was organized last May in Beijing and the following joint statement was prepared, covering the fundamental aspects required to transform the way peoples interact with each other globally.}}

We feel that we are part of a worldwide community and believe that it is necessary to overcome borders and hegemonies of all kinds and to make solidarity our general, common interest. This is a responsibility to be assumed. The path toward achieving the goal of sustainability involves sharing procedures, experiences, and successful case studies in a spirit of constructive dialog and mutual respect.

The planet and human beings are interconnected and share a common destiny in facing their limits. We acknowledge that the current situation is one of the least desirable alternatives. We are facing a civilization crisis and, in the current agendas of the members of the international community, there seems to be no basis for common grounds or mutual understanding. The convergences of various crises—environmental, social, and economic—have revealed the limits of GDP growth and must force us to reconsider our collective and individual responsibilities. Focus on the economic dimension must be offset by greater efforts directed at improving the social, environmental, and particularly the cultural dimensions of sustainability. Finally, sustainability requires greater respect for and appreciation of ethnic and cultural diversity.

Civil society shares the common goal of proposing new solutions to the pending issues of global agendas. Civil society organizations must be included as one of the main actors in global, regional, national, and local governance processes. A stronger role for civil society in agenda setting and implementing the transition toward sustainability is necessary.

4. On poverty and inequalities

The struggle against poverty is part of sustainable development and should be accelerated. Inclusive policies directed against extreme poverty and inequalities are needed. This implies taking into account the experience and knowledge of people living in poverty, who are real actors of change and not only program beneficiaries or targets. The wealth of societies is contingent on the well-being of its most vulnerable citizens.

The market economy is incapable of taking into account environmental pressures and resource disparities. Furthermore, the search for financial advantages leads to increasing social and economic damages and accelerates ecological instability, resulting in increasing asymmetries of power.

We need to build social relations and participation with bottom-up processes, empowerment, and ownership, resulting in horizontal cooperation among stakeholders. Multi-stakeholder cooperation for achieving sustainability among the media, the government, the private sector, CSOs and academia must be enhanced.

Sustainability requires finding a balance between material and spiritual development. Faith-based organizations, religions, and ethical life conceptions (“{buen vivir}”), insofar as they are part of civil society can make valuable contributions to this debate because they deal with values and are organized at global, regional, and local levels.

1. On the current economic system

It is important to recover and preserve the connection between the Earth and human beings, as it has been broken by an economic system based on utilitarian and financial interests. The economies of Brazil, Russia, India, China and South Africa (BRICS) are facing challenges and should be making stronger efforts to change their current unsustainable economic-development model and quest for economic leadership, whereas Europe should address the austerity policies that are leading to increased poverty and inequality.

2. On ethics and diversity

We will all be better served if we acknowledge the diversity of ideas and ideals and accept the potential for new and better alternatives that value this diversity, while fully recognizing that there are multiple solutions rather than a single one. We need a common ethics based on universal rights and responsibilities consistent with the capacities, ownership, and knowledge of actors.

We need to invent new institutions and procedures that will allow peoples and citizens to participate in identifying key issues and make sure they are implemented.

4. On social justice and participation

People work, but their income is insufficient to ensure a living wage and preserve their dignity. We must formulate a conception of social justice that also respects the Earth's integrity. Vulnerable groups should be encouraged to participate in the decision-making processes for sustainability, especially at the local levels.

In South America, the disparity of the intergovernmental agencies (UNASUR, ECLAC, MERCOSUR, and the Pacific Alliance) prevents public policies from being coordinated consistently at the regional level. This disparity is notably a reflection of the ideological differences of political actors who have conflicting views on how the different economies should be integrated into globalization and how participatory the democratic regimes should be within each country and in the region.

Relations with the state, local government, and business must be redefined in order to give civil society more leeway to frame and implement alternative solutions. Civil society is playing an increasingly important role globally and nationally.

The government of China encourages Chinese CSOs to make their contribution, especially to the realization of sustainable development in China, yet the governance of CSOs needs to be further improved and an enabling environment needs to be provided to give CSOs greater latitude to carry out their activities. CSOs have made significant contributions to the implementation of the Millennium Development Goals in China. China’s National Consultation on the Post-2015 UN Development Agenda has provided a platform for a dialog among civil society, government agencies, enterprises, and academia. It has promoted a better understanding of the different stakeholders and facilitated their future cooperation. The positive role of civil society has been confirmed and their contribution to the formulation of Sustainable Development Goals (SDGs) is encouraged.

In Europe, new social movements have risen from people's mistrust of the system, including of standard civil society bodies such as unions or CSOs (as for instance the {Indignados} movement). The European Union should function more democratically and participatory processes should be inclusive and open to a wide variety of stakeholders, so that citizens’ voices can be taken into account and decisions become less bureaucratic.

In South America, civil-society organizations and social movements (students, indigenous peoples, citizens’ assemblies, etc.) are seeking to influence public policies where states are being managed by progressive governments, or to resist neoliberal policies where states are being managed by conservative governments. Beyond their relationship with the state and governments, many social actors are pursuing a more autonomous agenda, independent from the official agenda, and implementing networked forms of political organization with new methods of citizen mobilization.

6. On life satisfaction and imagination

Consumption and production are the primary drivers of exchange in our society. We must develop other sources of satisfaction, promote care and shared cultures, and be capable of promoting and harnessing the imagination of citizens and peoples.

7. On growth and development

The current global development paradigm is a trap and must be reconsidered. We must address the key issue of poverty alleviation through the creation of another paradigm that will challenge the primacy of growth and make sure that the most vulnerable people are benefiting from public policies.

{{Proposals for a shared agenda and future dialog}}

On principles for our participation in actions and civil society

1. On case studies
_ • Publish the collection of case studies relating to the three regions that were presented during the meeting and provide a bottom-up analysis in terms of our main common challenges (participation, environmental boundaries) by the end of 2013

2. On Information sharing
_ • Share the available material through an on-line platform where all groups can share various papers, documents, videos etc., taking into consideration the compatibilities and formats needed by each member. These information-sharing mechanisms and platforms will make it possible to discuss recent developments in South American and European CSOs and to share updates from Chinese CSOs through Skype calls, mailing lists, etc.

3. On participation
_ • Create concrete long-term strategic partnerships for joint action.
_ • Create opportunities for other voices and participants, thus encouraging a better understanding of and possible solutions to the outstanding issues of the agenda, all within the framework of tripartite (or multi-partite) dialog.
_ • Implement new forms of participation in our countries.
_ • Collectively support and assist the most vulnerable, marginalized, and disadvantaged in making their voices heard

4. On future meetings
_ • Have an open dialog at our next meeting in Santiago de Chile in November 2014, in the hope that the current members and others will participate.
_ • Topics for future dialogs
_ - The governance, ethics, and economics of the Commons
_ - “Civilizations”: bio, ecological
_ - New world governance in a changing world
_ - Alternative voices of the CSOs in the BRICS context

5. On international processes: an international agenda on sustainable cities and territories, and climate change
_ • Eco cities in France, September 2013
_ • SDG session in NY February 2014: jointly follow, constructively participate in, and positively influence the SDG consultation processes
_ • Process from COP 20 on Climate Change in Lima (December 2014) to COP 21 in Paris (2015), where a new global climate agreement is to be agreed upon.