Ressentiment* and the new world governance: a general analysis 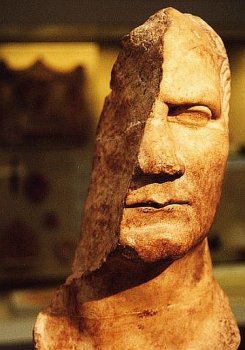 Ressentiment can be traced back through history, metamorphosing to reflect changes in the way humans organize society and affecting everything from conflicts to power structures. A phenomenon that is both individual and collective, ressentiment can oppose people and civilisations. We will therefore use the light shed by history to examine contexts favourable to the development of ressentiment and the notion of subjectivity that characterizes human interpretations. Historical facts lose all objective value when humans interpret them according to an established value system, a system that produces emotions and affects, including ressentiment. We will then attempt to show that the existence of ressentiment depends solely on human subjectivity and its imaginative universe.

Ressentiment has no homeland, since it is part and parcel of the passions inherent to human life, and as such is unbounded by time and space. The return of Islam and revival of jihad, the trouble brewing in Indian America and the harmful effects of the failure of Soviet communism are all phenomena that illustrate the major upsurge in ressentiment since the turn of the century and its strong global presence. It is therefore vital that international relations take the phenomenon into account, in order to identify the underlying determining factors and deep-seated issues that affect and drive peoples, ethnic groups and societies.

It is time to take a long hard look at ressentiment and use analysis of practical cases to try and define the concrete effects of ressentiment's potential for stirring people to action and giving them a sense of identity, whether or not it has an ideological framework. We will examine this emotional force that gives humans the power to stand fast and, at times, to take action.

The concept of ressentiment has been the subject of very little study. We will therefore delve into the social sciences to trace the path taken by ressentiment, as it has followed changes in human thought, as well as by related concepts. Starting with Nietzsche, the first to give it a scientific value, we will provide an overview of the various authors who have tackled the subject, using different analytical approaches, from morals to values.

This “map” of ressentiment will conclude with ideas on possible methods for disarming ressentiment.
_
_
_
* Translator’s note:

"I have decided to use the term "ressentiment" throughout the article rather than the more usual “resentment” in line with the author’s intentions, and based on the following references:

A term imported by many languages for its philosophical and psychological connotations, "ressentiment" is not to be considered interchangeable with the normal English word "resentment", or even the French "ressentiment". While the normal words both speak to a feeling of frustration directed at a perceived source, neither speaks to the special relationship between a sense of inferiority and the creation of morality. Thus, the term 'Ressentiment' as used here always maintains a distinction. (Wikipedia: Ressentiment)

As a widely recognized convention, the French spelling of this term has been retained in philosophical circles so as to preserve a broad sense of discursive meaning and application. (Wikipedia: Max Scheler's Concept of Ressentiment)"