Reclaiming the ASEAN Community for the People 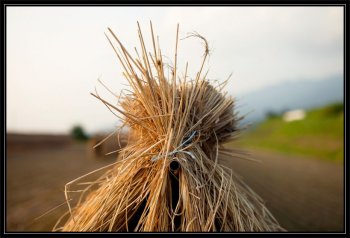 On the occasion of the forthcoming 26th ASEAN summit to be held in Kuala Lumpur and Langkawi, Malaysia, on April 24-28, 2015, we are publishing here the ASEAN Civil Society Conference and ASEAN People's Forum statement, adopted previously as a result of a regional consultation. "We, the civil society of Southeast Asia, guided by the principles of human rights, democracy, good governance, rule of law, non-discrimination, substantive equality, progressiveness and non-retrogression, remain united in our quest for a regional development in Southeast Asia that upholds democracy, peace and security, individual and collective human rights, and sustainable development, for a transformative and “people-centred ASEAN. We, therefore, reiterate our recommendations and call on all ASEAN member states to seriously consider these continuing regional priorities and recommendations, and immediately adopt positive measures to implement them."

1.1 This ASEAN Civil Society Conference and ASEAN Peoples’ Forum marks the 10th anniversary since the first regional gathering of civil society in Malaysia. We, the civil society in Southeast Asia[[The ASEAN civil society is represented by various civil society organisations, community-based organisations, NGOs, social movements of women, children and youths, migrant workers, formal and informal workers from both urban and rural sectors, persons with disabilities, trade unions, sex workers, indigenous peoples, ethnic minorities, peasants, small-scale fisher folks, refugees and stateless persons, domestic workers, lesbian gay transgender/transsexual intersex and queer (LGBTIQ) people, human rights defenders and other groups]], welcome the commitment of ASEAN in the years since to establish a people-centric ASEAN and a peaceful, prosperous community. With deep regret and concern, the people’s recommendations submitted to ASEAN member states since 2005 have been neither implemented nor adopted in any meaningful way. 1.2 While ASEAN governments are heading towards developing the ASEAN Community’s Post-2015 Vision, the people of ASEAN continue to suffer from authoritarian and military regimes, increased militarisation, violence and armed conflicts, unlawful foreign interference, lack of fundamental freedoms and human rights violations, undemocratic processes, corruption and poor governance, development injustice, discrimination, inequality, and religious extremism and intolerance. ASEAN’s restrictive interpretation of the principles of state sovereignty and non-interference hamper the organisation’s effectiveness in addressing regional challenges, and the people remain excluded from participating fully in influencing ASEAN decision-making processes. 1.3 The failure of ASEAN to meaningfully address the people’s issues is deeply rooted in the organisation’s continued adherence to a neo-liberal model that prioritizes corporate interests and elite groups, including state-owned enterprises, over the interests of the people. Our engagement with the ASEAN process is therefore anchored on a critique and rejection of deregulation, privatisation, government and corporate-led trade and investment policies that breed greater inequalities, accelerate marginalization and exploitation, and inhibit peace, democracy, development, and social progress in the region. Reflecting on the past 10 years of engagement in ASEAN, and after extensive consultations[[This statement was adopted at the 3rd ACSC/APF 2015 Regional Consultation (23 – 24 January 2015) in Malaysia. This was preceded by the 1st Regional Consultation on 24 – 25 September 2014 and the 2nd Regional Consultation on 11 – 12 December 2014, respectively. The drafting of the statement has also gone through a rigorous consultation process through national and regional thematic groups.]], we reiterate our previous recommendations and highlight the following four (4) regional priorities and overarching cross-cutting concerns.

We urge ASEAN states to: 3.1. Uphold international human rights principles and standards 3.1.1 Ratify and fully implement state obligations, including extraterritorial obligation under all international human rights treaties, including the Optional Protocols; withdraw all reservations, if any; and enact enabling legislation or establish other accountability mechanisms that institutionalise and support implementation. All states to uphold the principle of non-derogation by reforming and repealing all laws that undermine the right to life, liberty and dignity, including death penalties. 3.1.2 ASEAN human rights instruments must strictly adhere to international law and universal principles and standards of human rights. 3.2. Ensure accountability to all people of ASEAN 3.2.1 Protect, promote, fulfil, and realise the individual and collective human rights of all peoples, especially the more vulnerable and marginalised. This includes extraterritorial obligations and recognition of primacy of universal principles of human rights over and above all other obligations. 3.3. Strengthen the mandate of AICHR, ACWC, ACMW (ASEAN Declaration for the Promotion and Protection for the Rights of Migrant Workers) and future human rights mechanisms 3.3.1 Strengthen the terms of reference of these bodies to include the capacity to conduct onsite country visits and investigations, issue binding recommendations to member states, provide for periodic peer reviews on human rights conditions, set up working groups on emerging thematic issues, receive and address complaints, and institutionalise an inclusive framework of engagement with all relevant stakeholders, particularly civil society, national human rights institutions (NHRIs), and victims/affected communities. 3.3.2 Adhere to the principle of transparency, impartiality and independence, and also as prescribed in the terms of reference of the AICHR and the ACWC[[TOR of the AICHR Chapter 5, and TOR of the ACWC Chapter 6.]], and ensure that appointees meet minimum requirements such as expertise in a human rights field, good human rights track record, and the ability to discharge their duties with integrity, probity and independence. 3.3.3 Develop a transparent, participatory, and inclusive process involving civil society, NHRIs, and relevant stakeholders in their selection and appointment. 3.4. Enshrine international commitments in the ASEAN Community’s Post – 2015 Vision[[Nay Pyi Taw Declaration on the ASEAN Community’s Post­2015 Vision, Nay Pyi Taw, 12 November 2014]] 3.4.1 Ensure the standards and elements in the proposed ASEAN Community’s Post-2015 Vision and ASEAN Development Goals meet human rights international commitments and do not undermine universal principles of equality and non-discrimination. Commit to a framework that aims to dismantle rules and systems that enable the gross inequalities of wealth, power, and resources between countries, between rich and poor, between men and women and other social group. Adopt an inclusive and constructive modality of engaging civil society in the drafting process, and in the monitoring of the implementation of the Post-2015 vision.

5.1 We, the civil society of Southeast Asia, guided by the principles of human rights, democracy, good governance, rule of law, non-discrimination, substantive equality, progressiveness and non-retrogression, remain united in our quest for a regional development in Southeast Asia that upholds democracy, peace and security, individual and collective human rights, and sustainable development, for a transformative and “people-centred ASEAN”. 5.2 We, therefore, reiterate our previous recommendations and call on all ASEAN member states to seriously consider these continuing regional priorities and recommendations, and immediately adopt positive measures to implement them.