Proposals for a Fair and Sustainable Economy 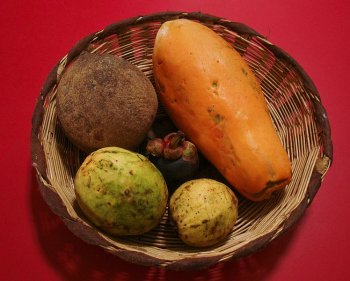 Contribution to the
_ Peoples Summit for Social and Environmental Justice in defense of the commons (Rio+20)
_ Rio de Janeiro, June 15-23, 2012 [[This document has been put together by Gustavo Marín with the help of Germà Pelayo and contributions from Cândido Grzybowski, Matthieu Calame, Jorge Romano and Paul Raskin. It is based on presentations and discussions that focused on the economy during the seminar organized by Ibase, the Forum for a new World Governance (FnWG) and Euralat in Rio de Janeiro from 10 to 12 August 2011.]]

The seriousness of the current environmental crisis is an expression of a deeper-reaching crisis, a crisis of civilization afflicting modern capitalism, characterized by the predominance of the unregulated market, financial speculation, frenzied consumerism, the constant quest for growth, economic injustice and widespread poverty. The current and foreseeable destructive consequences of a convergence of systemic and recurring crises stress the urgent need to make far-reaching changes to the economic and political organization of contemporary societies and open the door to a sustainable, fair and united world.

There is clearly an urgent need not only to abandon capitalism, but also to change the model of civilisation. Humanity has entered into a prolonged period of transition wherein a change of civilisation is not a merely rhetorical solution, but an historical challenge facing the human race in the 21st century. We therefore have to begin by exposing and dismantling the mechanisms of the dominant capitalist model, a system based on appropriation, private control over production and consumption driven by the quest to maximize profit. At the same time, we need to set in motion alternatives for change. This then raises various questions: what shape will the new economic models for the 21st century take? What will the new financial, production and distribution systems be? Using which energy mix? A great many ideas and initiatives already exist on the territorial and regional level concerning the new economy that needs to emerge. We must give concrete form to a viewpoint that links up local with global dimensions in order to strengthen the first steps towards the new economy that people and the planet need.

It is therefore essential to delegitimize the myths of the official economy and switch from neoclassical economics to political economics, in other words, a new economy with different ideas, concepts and visions that take into account the complexity of the processes at work during this transitional period. Political economics should be reclaimed and rethought as a human and inexact science, overthrowing the myths of a supposedly transcendent economy whose laws are set in stone.