Proposals for a Fair and Democratic Architecture of Power 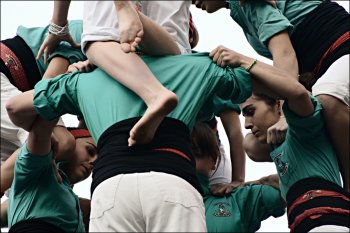 Building new governance is not only an institutional or theoretical question confined to the political or sociological spheres. All governance proposals and plans depend on the action and mobilization of a huge majority of people, actors, movements and populations. This is a critical issue. And ideas and proposals play a crucial role in such action and mobilization. This is why we need to remodel governance architecture by incorporating it into the perspective of biocivilization for the sustainability of life and the planet. Architecture for a citizen, solidarity-based and fair governance must be rooted in solid ethical and philosophical foundations. It must also both support and enable a new economy centered on social and environmental justice. What is needed is to work together to devise responses to today's challenges, rooted in the contexts relevant to each person and each population. This involves recognizing the different forms of knowledge that exist in all continents, among all peoples, without trying to impose one of them as the unquestionable reference. The key conditions for a new governance must be formulated within a critical and democratic approach. [[This document has been put together by Gustavo Marín with the help of Arnaud Blin, Cândido Grzybowski, Ricardo Jiménez, Jorge Romano and Carles Riera. It is based on the debate on the architecture of power during the seminar organized by Ibase, the Forum for a new World Governance (FnWG) and Euralat in Rio de Janeiro from 10 to 12 August 2011.]]

In addition to the other proposals for furthering the process of historical transition that are underway, it is therefore important to:

_ * Give concrete form to deep-reaching changes in education, aiming for an education that teaches a new democracy and new relationship of society with nature.
_ * Promote education on rights and responsibilities.
_ * Promote a care culture and economy in order to rethink policies, combat patriarchal domination and encourage gender equality, a fair division and distribution of socially useful work and a new economy centered on common goods.
_ * Take responsibility for regulating sciences and technologies and enable them to be democratized and subject to popular and citizen control as a common good.
_ * Refocus on, promote and raise the visibility of initiatives that are proposing alternatives and are already underway in local territories, both urban and rural.
_ * Foster the democratization of information and communication as a basic condition for radicalizing democracy.
_ * Reinforce the capacity for participation by combining information, consultation and decision-making power so that participation spaces can became mechanisms for changing the state and representations.
_ * Create a link between personal transformation and collective transformation.

In addition to the changes that are needed in the social, cultural and technological spheres, on both the personal and collective levels, it is worth noting a number of proposals seeking to effect transformations of the political system. A number of proposals can be put forward.

1. Reform and democratize political parties. Regularly changing the leadership, prioritizing young people and women for responsible positions, providing regular information to sympathizers and the public in general, and consulting citizens by means of local assemblies.
_ 2. Provide a space in the media—television, radio and the written press—for citizens and their organizations.
_ 3. Reinforce equality. Governments, institutions and organizations where women are greatly represented and equality is respected prove to be fruitful experiences.
_ 4. Public funding. It is vital that the funding of political parties and any organization wishing to take on a responsible public position should come from public funds that are managed transparently.
_ 5. Bring parliament and citizens closer together. The act of legislating should not be confined to deputies and senators.
_ 6. Organize plebiscites, referendums and consensus conferences, thus encouraging participation by the majority of citizens.
_ 7. Promote assemblies and conferences on the territorial, communal, national and regional level right up to the global level.