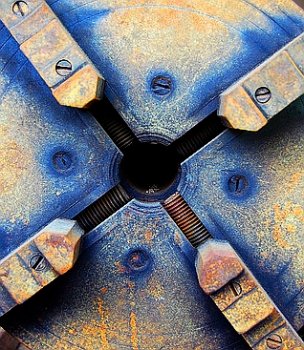 This file contains a series of discussions and proposals formulated in recent years around the political and institutional dimension of global governance. They have been categorized according to four themes: the architecture of global governance; new roles of the state and territorial scales; reappropiation by citizens of politics; and legal principles for a new global governance.

Globalization, in these first years of the twenty-first century, is an irreversible fact, consolidated in all of its various dimensions: cultural, economic, technological, citizenship, ecological... Under these circumstances the construction of a responsible global governance that will make it possible to adapt the political organization of society to this new situation implies forming a democratic legitimacy at all territorial scales (local, state, regional, global).

For this legitimacy to come about, it is necessary to rethink and to reform, all at the same time:

- the galaxy made up by the various international organizations, largely inherited as a result of World War II: a system of international organizations is needed, with greater resources and action capacity, more transparent, fairer, and more democratic;
- the Westphalia system, the very nature of states as well as the role that they play, as compared with other institutions, and their relations with each other: states will have to share part of their sovereignty with institutions and bodies at other territorial scales, and at the same time all will have to undertake important processes of democratic deepening and of organizational responsibilization.
- the meaning of citizen sovereignty in the different government systems, and the role of citizenship as a political protagonist: the sense of representation and political participation needs to be reconsidered, and the seed of a radical change in awareness needs to be planted, that will make it possible to move toward a future situation in which citizenship will have, in practice, the leading role at every scale.

How and in what measure have these challenges been approached recently? This file contains a series of discussions and proposals formulated in recent years around the political and institutional dimension of global governance. They have been categorized according to four themes: the architecture of global governance; new roles of the state and territorial scales; reappropiation by citizens of politics; and legal principles for a new global governance.

The architecture of global governance is approached on the basis of visions and general orientations, as well as of other more concrete aspects such as the nature and the structures of the organizations involved in global governance; the different visions of UN reform; proposals for new international institutions in the fields of environment and of debt; as well as new organizational processes.

As for the new roles of the state and of institutions at other territorial scales, documents have been included, among others, on the necessary adaptation to globalization by political bodies such as political parties; on the need for a more substantial citizens’ participation as part of state reforms; and on the role of institutions at intermediate, such as regional scales.

The documents on citizens’ reappropriation of politics highlights, among others, the role of non-state actors in general and that of social movements in particular, in the framework of alterglobalization and its strategies formed at meetings such as World Social Forums and potential emerging constructions such as citizens’ assemblies. The file also includes proposals and network-cooperation experiences among institutions such as the global parliamentary forum and simultaneous politics; the stand to take before international institutions such as the G8; and the fundamental theme of legitimacy.

Finally, in the field of legal principles, proposals have appeared such as the formalization of the Ubuntu principle as a reference model for governance, the democratic legitimacy of the international production of standards, the pioneering character of the symbolic suits brought against multinational corporations by the Permanent People’s Tribunal, an institution set up by civil society; and the need of a world constitution and a global social contract.