On the Road to Rio+20 - Proposals for a Citizen Project 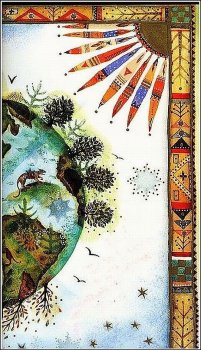 After 20 years of partial and insufficient successes on the one hand, and a geopolitical reconfiguration of the world on the other, with new factors such as terrorism and emerging powers, this document is an invitation to the launch of a citizen dynamics toward the awareness and feeling of a world community of actors starting their march toward Rio+20 and beyond, for the transition to a sustainable world.

This facilitation dynamics can become a citizen-based preparatory phase for the Rio+20 meeting.

Rio 92 laid out the fundamental facts of the problem perfectly, but it was only a step, albeit essential, in a long-term process that is still today in its very initial stages. From this point of view, Rio+20 is another step and it is important not see it, as was the case in Copenhagen, as a decisive moment for humankind, a sort of all-or-nothing situation where the future of the planet will be played out in a few days.

In order to achieve this, Rio+20 needs to be prepared beforehand. The authors of this invitation are proposing, among others, to develop proposal papers, support meetings in the five continents, organize an international seminar in November 2011, and launch an interactive platform.