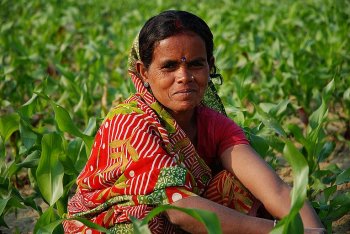 The idea of a Global Labour Charter Movement comes out of both desperation and hope. The desperation is due to seeing the labour movement, in North, south, East or West, still on the defensive due to (despite?) the severe, multiple and continuing attacks delivered by contemporary capitalism. Not only has the union movement largely forgotten its early emancipatory inspiration and utopian hopes. Even the old adage that "the best means of defense is attack" seems unfamiliar to labour's international leadership.

The desperation is due -more specifically- to the international unions' continued attempt to get back to a mythologised utopia of social harmony. This backward-looking utopipanism is represented in the current "Decent Work" campaign. DW promotes the archaic West-European paradise of "social partnership" between Labour, Capital and State. It has simply hoisted this to the global level. DW is no sense a union or labour movement project: it has been adopted, lock, stock and two smoking barrels, from the Geneva-based International Labour Organisation. And this is an inter-state body - castigated by a former insider for its multiple incapacities in the face of globalization. DW, finally, reproduces a traditional imperial relationship, since it is being promoted by the West to the Rest. Its sponsors and funders are West European social-reformist unions and NGOs... plus the neo-liberal European Union.

Hope comes from seeing new energy and vision within the global justice and solidarity movement, for exemple in the international rural labour movement, Via Campesina. Despite all the imaginable difficulties confronting the self-organisation of rural labour, this body has developed a holistic vision of its social position, of its enemies, of an alternative future. It has demonstrated assertive global strategies and sophisticated relational practices (internal and external) that have made it a leading actor in the Global Justice and Solidarity Movement and led to widespread public recognition and support. Hope also comes from signs of assertion and innovation closer to the traditional labour movement, and from new thinking withing and about such. As well as from effort to specify a necessary and desirable post-capitalist utopia - and how it might be reached.

This charter was firs floated in 2005. It has been published in labour publications in South Africa and Colombia as well as on websites in Europe and the US. The present version (2009) has been updated and provided with an extensive list of references and resources. The charter contains 12 proposals and one of them contains a list of hypothetical examples among "a wide range of imaginatlbe issues".