Moving Closer toward an International Standard on Corporate Social Responsibility 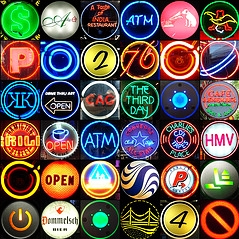 The sixth ISO Working Group on Social Responsibility meeting held in Santiago, Chile at the beginning of September 2008, concluded successfully with the consumer group maintaining the need to protect consumer and environmental issues, and moving the debate to the national level whilst, keeping the multi-stakeholder approach.

The issues under discussion were the recognition of the precautionary principle for environmental issues and consumers. This supports the need to protect consumers from possible risks that certain goods and/or services may hold for them and the environment.
One of the most important resolutions approved in Santiago is the inclusion of a principle clause on environment and consumers, so that, for exemple, the products derived from nanotechnology or biotechnology, such as genetically modified organisms for example, should be reviewed under this perspective.

A major resolution of the meeting was that entities (corporations, governments, NGOs and other organizations), will have responsibility within its sphere of influence. For example, a corporation should not claim to be socially responsible if they produce their products in another country without considering working practices or how those goods are produced. Other resolutions concerned the legal mechanisms of verification of the future guidelines. At the same time Requests were made to provide better information to consumers on sustainable consumption options and also highlight the responsibility of consumers.

The Santiago meeting, attended by 397 experts (48 developing countries and 28 developed countries) closed a stage of this process, opening a period in which national Mirror committees (national groups similar to the global WG) will have a key role, as the debate now progresses beyond the experts.