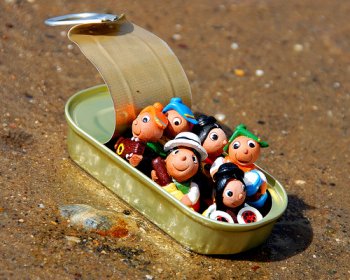 Having gathered on November 29, 2014 in the city of Marrakech in the Thematic Forum on Migration “at the crossroads of experiences and perspectives”, organized as part of the 2nd World Forum on Human Rights;

Noting that the number of migrants in the world is finally low, 97% of the world population is sedentary, and migration is a central issue in our societies because it questions them at various levels;

Being aware that though women have an important role in migration and also contribute to the development of their countries, yet they are often victims of compound discrimination, as women and as migrants;

Being convinced of the important role of migrants in the host countries and in their countries of origin, which is not only reduced to the economic dimension;

Being convinced that in addition to economic development, migrants are the first vectors of reconciliation among peoples, and through their claims and the defense of their rights they help strengthen democracy both in their host country and in their countries of origin;

Noting the concept of transit referring more to the spatial dimensions of migration—displacement—than to the temporality of migration processes and the reality of meandering pathways to integration, and preferring that of temporary or permanent host society;

Noting that civil societies, trade unions, researchers and migrants themselves play a role that is insufficiently taken into account in the development and implementation of migration policies;

Recognizing that violence against migrants, especially at the borders, has reached unacceptable levels, often resulting in the violation of the most sacred right, which is the right to life;

Agreeing on the principle that people must not die because they want to migrate;

Being concerned about the proliferation of legislation in the field of migration, often resulting in the questioning of the rights of migrants, and even the denial of these rights (“negative rights”), and the use of detention related to the status of migrants, which is increasing all over the world;

Being concerned about the obsession of the fight against irregular migration, which helps to increase the vulnerability of migrants and throws them into the hands of transnational crime networks;

Being convinced that restrictions on access to labor markets promote the exploitation of migrants and complicates their integration;

Welcoming the improvements in the treatment of migration policies, notably in Morocco where the initiative for a new migration policy could be a model for the region in this regard;

The participants adopted the following recommendations:

In respect of the States:

Recognize the role as actors of migrants, civil society including trade unions and the world of research, and involve them in all stages of development of public migration policies;

Accompany the new legislation to measure the awareness of the population and migrants and better train the institutional staff in the respect of the rights of migrants;

Develop joint programs, respectful of regional and international instruments protecting human rights and abolishing the practices of detention and collective expulsion of migrants;

Ensure that migrants have equal access to the labor market and ensure them access to health care and education without any form of discrimination and ratify/enforce the conventions of the International Labor Organization;

The participants thus gathered recommend to the States that have not yet done so to ratify the International Convention on the Protection of the Rights of All Migrant Workers and Members of Their Families and request the States that have ratified it to adequately enforce it;

Regarding the challenge of the protection of human rights at the borders, the participants request:

The establishment of a binding mechanism for States and other stakeholders, whatever its nature, so as to ensure and protect the rights of migrants at the land, sea and air borders;

The establishment of mechanisms for the protection of victims of trafficking, beginning with the issuance of residence permits to give them the means to free themselves from trafficking networks and access to protection mechanisms and structure;

The participants invite the stakeholders to set up an ad-hoc committee responsible for monitoring the implementation of the recommendations of this declaration, which bears the name: Marrakech Process for the Protection and Promotion of All Human Rights of Migrants and Persons in Transnational Mobility.