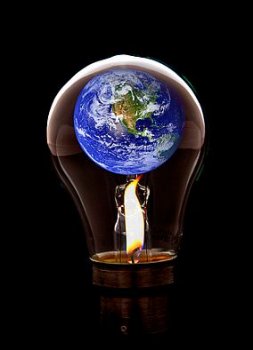 The German Advisory Council on Global Change (WBGU) will present its latest flagship report, “World in Transition: A Social Contract for a Great Transformation”, to Annette Schavan, Federal Minister of Education and Research, and Federal Environment Minister Norbert Röttgen today. In this report, the WBGU explains the reasons for the urgent need for a ‚post fossil-nuclear metabolism‘. It also concludes that the transition to
sustainability is achievable, and presents ten concrete packages of measures to accelerate the necessary restructuring. If the transformation really is to
succeed, we have to enter into a social contract for innovation, in the form of
a new kind of discourse between governments and citizens, both within and
beyond the boundaries of the nation state. The modern era‘s global crisis can
only be overcome through a profound, shared awareness of low-carbon value
creation and sustainable development. In this report, the WBGU elaborates on the prospects of future sustainable economies - which, in view of the Fukushima nuclear disaster, must surely be on the agenda of national and international policy now.

A World in Upheaval

The pro-democracy movements currently shaking the foundations of the power structures of a number of Arab states on par with, for example, the fall of the Berlin Wall in 1989 have
rapidly lead to upheavals which were, until recently, hardly imaginable. They
are proving the huge power and overwhelming dynamics of transformative
processes that sometimes take a long time to build up, simmering away under the
surface. There are two main lessons to be learned from current developments.
Firstly, that often, the time for profound changes has already come, even
though, on the surface, a society still gives the impression of stability. This
not only applies to the growing demands for self-determination and
participation in many of the world’s regions, but also becomes apparent when
looking at the proven global change in ethical values to embrace
sustainability. Secondly, the sudden instability of autocratic systems whose
mainstay is the extraction of crude oil and natural gas highlights the immense
economic, political and social costs of a global economy that is almost without
exception driven by fossil energy carriers – not to mention the ecological
damages. Moreover, the nuclear tragedy in Japan makes it clear that we must
choose the fast lane towards a nuclear energy free low-carbon future. However,
all over the world, the established industrial model is showing signs of
deterioration. In many countries, we are witnessing a dramatic growth in
renewable energies. A number of governments, cities and corporations have succeeded
in implementing low-carbon strategies. In all areas of society, there are
change agents, actively committed to decarbonization and resource protection.
The WBGU calls this incipient powerful structural change as the ‘Great
Transformation’ from fossil to post-fossil society – comparable to the
transition from agricultural society to coal-based mechanization in the 18th
century.

A Future without Nuclear Power

In the WBGU’s assessment, nuclear energy free, ambitious global climate protection is possible. This is shown not least by the analyses in the WBGU’s latest flagship report. At the
center of any decarbonization strategy must be the massive extension of the
renewable energies, and the infrastructure they need. However, the energy
transition towards sustainability can only succeed if, concurrently, the huge
potentials for efficiency increase are fully tapped, and changing our wasteful
lifestyles is no longer a taboo subject, particularly in the industrialized and
newly industrializing countries.

Several countries are currently planning to increase their use of nuclear energy. The WBGU urgently advises against this, above all because of the risks accompanying cases of serious
damage - which we simply cannot afford to ignore, the still unresolved issues
concerning final storage, and the danger of uncontrolled proliferation.
Existing plants should be replaced by sustainable energy technologies as soon
as possible, and, in the case of evident safety deficiencies, be closed down
immediately. However, the phase-out of nuclear energy must not be compensated
by renewed or intensified brown or black coal based energy generation.

For the transformation into a low-carbon society to succeed, we must not just accelerate the pace of innovation; we must also cease to obstruct it. That is one of the WBGU’s key
messages. For example, adequate investment dynamics towards a sustainable
global economy can only develop if subsidies for fossil energy carriers,
currently in the region of high three-digit billion figures worldwide, are
abolished. We must also take into account the external costs of high-carbon
(fossil energy-based) economic growth to set price signals, and thereby to
provide incentives for low-carbon enterprises.

Climate protection is, without, a vital fundamental condition for sustainable development on a global level. The WBGU has frequently called attention to the fact that the course for
global decarbonization must be set now, before the end of the decade.
Sustainable development means more than climate protection, though, as the
natural life-support systems also include many other natural resources, such as
fertile soil and biological diversity.

The transformation into a sustainable society requires a modern framework to allow the soon-to-be almost nine billion people to lead ‚the good life‘, both in terms of living with each
other, and living with nature: a new Social Contract. A largely virtual
social contract such as this is reliant not least upon each individual’s
self-concept as a responsible global citizen. This contract is also a contract
between generations. Science plays an essential role here, as for the first
time in history, a profound transition does not need to be caused by imminent
necessity, but by precaution and well-founded insight. In this respect, the
social contract also represents a special agreement between science and
society; that is another one of the WBGU’s key messages.

It is also about a new culture of democratic participation. The report suggests a number of options, for example the appointment of ombudsmen and women to ensure the protection of
future-oriented interests. This sustainability-oriented approach can be given a
secure, firm footing through the inclusion of ‘climate protection’ in the
constitution as a national objective, and through establishing a climate
protection law. The WBGU also highlights the fact that a low-carbon
transformation can only be successful if it is a common goal, pursued simultaneously
in many of the world’s regions. Therefore, the social contract also encompasses
new ways of shaping global political decision-making and cooperation beyond the
nation. In this context, one of the WBGU’s recommendations is the
establishment of a ’UN Council for Sustainable Development‘, on par with the UN
Security Council, and the forming of alliances of climate pioneers between
states, cities, and corporations.

Greenhouse gas emissions are primarily caused by the energy industry and land-use, both very much related to rapid global urbanization. We have thus defined three key fields requiring
transformation, where strategies for emissions reduction must show an
expeditious and comprehensive effect. In this context, the WBGU elaborates ten
packages of measures that are particularly suitable for accelerating and
extending the transition to sustainability.

1. The state should show conscious awareness of its enabling and proactive role to
advance global decarbonization. However, this can only be legitimate if it
goes hand in hand with offering its citizens far more extensive
opportunities for participation.

2. The greenhouse gas CO2 should globally be given an ‘commensurate’
global price as soon as possible.

3. A European energy policy aiming for a fully decarbonized energy system by 2050 at the latest should be developed and implemented at once. A direct objective
should be the promotion of partnerships with North Africa.

4. Feed-in tariffs for renewable energies should be introduced worldwide.

5. One top priority for any development policy should be to provide access to
sustainable energy to the 2.5 to 3 billion people in developing countries
currently living in energy poverty.

6. A huge effort should be made to steer the world‘s accelerating urbanization
toward sustainability.

7. Land-use can and should become climate-friendly, in particular forestry and
agriculture.

8. Financing of the transformation and the massive investments required should
increasingly rely on new business models that help to overcome current
investment barriers.

9. Within international climate policy, states should continue to work towards an
ambitious global treaty. At the same time, multilateral energy policy must
promote the worldwide transfer of low-carbon technologies.

10. The United Nations should be brought into a position where they can make effective
contributions to the transformation. Development organizations should be
reorganized into transformation agencies for sustainable development. The
G20 should draft a road map for economic development that takes into
account the planetary boundaries. The Rio+20 conference in 2012 is a
unique chance to set the global course towards low-carbon development.

Despite its already widely accepted objectives and the many
viable low-carbon technologies already available to us, the transformation is a
joint quest. Research and education are tasked with developing sustainable
visions, in co-operation with policy-makers and citizens; identifying suitable
development pathways, and realizing low-carbon and sustainable innovations. For
this reason, the WBGU recommends intensified refocusing of national and
international research towards the Great Transformation, and the provision of
the requisite funds. The relevant scientific findings must also be made
accessible and understandable to allow people to accept the change and to
participate democratically in the transformation.

Main Arenas for the Transformation

Especially during the establishment of low-carbon energy systems, the challenge lies in ending energy poverty in developing countries whilst also drastically, and quickly, mitigating global CO2 emissions from the use of fossil energy carriers. If this is to succeed, global
final energy demand must not rise much more – it currently runs at around 350
exajoule (EJ) per annum, and should not increase to more than 400-500 EJ p.a.
by 2050. This requires efficiency improvements and lifestyle changes in many
areas of people’s everyday lives. Due to the high energy demand in cities,
rapid urbanization is a central issue. From a technological point of view,
there are various realistic options for the establishment of low-carbon energy
systems. The WBGU recommends a strategy that relies primarily on an accelerated
use of renewable energies. The WBGU advises categorically against an increase
in the use of nuclear power. Carbon capture and storage (CCS), on the other
hand, is a necessary climate protection measure for countries that continue to
rely on the use of fossil energies in the interim. CO2 sequestration
could also become an important technology at a later stage, to achieve the
active withdrawal of CO2 from the atmosphere. As far as land-use is
concerned, the main focus is on rapidly bringing a stop to deforestation and
forest degradation, and the encouragement of a low-carbon agriculture and
climate-friendly eating habits. The WBGU shows that transformation costs can be
lowered significantly if joint decarbonization strategies are implemented in Europe.
The transformation also represents a great chance for Europe to make
innovation-driven contributions to a globalisation process that has a viable
future.