From Westernization to Globalization. A Brief History of Chinese Modernity 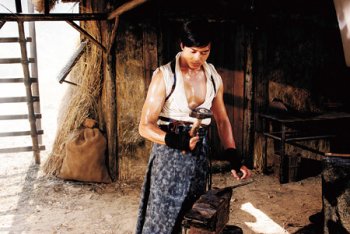 As China becomes an increasingly key player in the future of globalization, this article traces the evolution of Chinese thinking about the modernization of society and the country. It examines the key moments of China’s political history and the debates and standpoints that have developed within Chinese society.

But although modernization was initially an involuntary choice forcefully imposed by the Western world, China has since undergone a great many trials and tribulations to make it her own. The adventure of modernization is as perilous as ever, but has now become a voluntary choice decided on by China with determination, convinced that she can resuscitate her glorious past to light up tomorrow’s world.

However, China first needs to shed light on her own path by switching constantly between tradition and modernity in search of an "alternative modernity," even if it means reviving certain values that are not associated with modernity. These values include altruism, solidarity, sympathy, compassion, empathy, loyalty, harmony with nature, and an attitude of responsibility toward others.

China obviously does not have a monopoly on these so-called pre-modern values. Nevertheless, a number of negative effects of modernity spring from the cult of self and individualism by destroying the old social structures, and the fact that Confucianism epitomizes the concept of relationship with others means that it should be able to help revive people’s awareness of their responsibilities to others in the search for the common good. China needs to make her ancient civilization a source of inspiration for this ‘alternative modernity’ — an alternative that needs to be forged in the melting pot of modernization and globalization — and to harness her survival and future to humanity’s shared destiny.


Chen Lichuan is a journalist for the journal Dialogue Transculturel, Director of the Culturemedia Association and of the Governance in China Workgroup in connexion with the Charles Léopold Mayer Foundation for the Progress of Humankind.