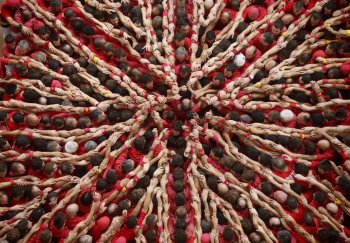 A new phase of development will begin in July 2015. The forum is going to adopt a new name: World Democratic Forum (WDF), in order to strengthen the process of institutionalization of a global community, in the framework of a global governance that should be responsible, sustainable, and solidarity-based, thus democratic above all (from local to global, according to the subsidiarity principle).

The WDF will be organized as follows: In a first period, its headquarters will be located in Geneva with a secondary office in New York, in order to rely on transnational civil society (highly concentrated in Geneva), and to promote multilateralism. In the medium term, new offices in all continents will join this Geneva-New York pivotal axis, supporting the existing regional processes and building a decentralized network that will also be based on the social networks, a program of conferences, and Internet forums.

This transition from FnWG to WDF results also in a strategic bifurcation:

• A “think-tank” component that will highlight the FnWG publications in a new web site.
• A “do-tank” component that will stimulate its human network (over 40,000 contacts), by building concentric circles in order to articulate large networks towards an emerging movement, focusing especially in the contacts around the "Towards a world Citizens Movement" initiative, co-organized by the FnWG in the WSF in Tunis in March.
• An effort to enhance its original role as a forum devoted to world governance issues and to connect the two components, "think tank" and "do-tank".

Many Thanks to the FnWG & all the best to the WDF!

Go to the Web site in transition towards the WDF