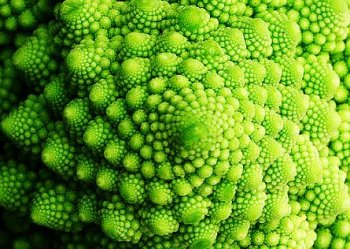 Contribution to the
_ Peoples Summit for Social and Environmental Justice in defense of the commons (Rio+20)
_ Rio de Janeiro, June 15-23, 2012 [[This document has been written by Cândido Grzybowski, Sociologist, Director of IBASE. It is based on presentations and discussions that focused on the ethical and philosophical foundations for biocivilization during the seminar organized by Ibase, the Forum for a new World Governance (FnWG) and Euralat in Rio de Janeiro from 10 to 12 August 2011.]]

The crisis that we are immersed in, at the beginning of this 21st century, is a historical experience of everyday life, one that is more lived and felt than thought about. To set off a reflection about it is to follow an uncertain path, a path that is still to be laid, but which, nonetheless, points out as an urgent and necessary task.

The diagnoses are various and alarming. Each day, indications of a lifestyle that is in collapse appear on the radio, on television, online, in newspapers and in magazines. We see violence and wars of all kinds, among and between people, as an intrinsic element of the way human societies live and organize themselves these days. Environmental destruction has also taken over our routines.

We possess many things in the midst of many deficiencies. The abundance of all sorts of material goods, restricted to 20% of world population, cannot efface the legion of people who go to bed every night feeling hungry. The destructive productivism and consumerism creators of more – luxury and more
misery- have taken over our lifestyles. We have accumulated individual goods, collective poverty and human unhappiness.

Among minority protestants and social movements the alterworldists – or activists of embryonic planetary citizenship, as I would rather define-, groups that still have little visibility in the public spaces, we adopt the expression civilization crisis to define the combination and the simultaneity of many crises. The civilization crisis characterizes, for us, the dominant system’s loss of capacity to answer planetary challenges, regarding both the preservation of the integrity of the planet and of life for future generations, and the correction of social and environmental injustice inter and intra people.

Thinking the basis of a new civilization and becoming part of the long process of social dismantlement and of reconstruction of culture, of economy and of power which this remodeling implies is an imperative for humanity. The idea of biocivilization moves towards the search for a new civilization sparadigm.

The present Proposal Booklet intends to be a contribution towards facing the questions explained beforehand. It is an open call to reflection aiming at transforming political action, “paving the way as it advances”, as the poet Antonio Machado would say. It is more than a plan that has already been drawn. It is about building (not necessarily exhaustive) steps, ones clearer than others, always concerned about being consistency and coherence.

These steps must be steps that motivate and can serve as work plots and systematics of analysis and reflection. At the same time, we propose steps that are adjacent to political action, that nurture, endow and fortify collective subjects and their fights for the transformation of live reality. The booklet is organized in two parts. The first one is more inclined to political philosophy,
to systematizing and to reflecting about the foundations of a new paradigm. It is important to remind ourselves that discussions about this new paradigm are already heating up struggles in the historic horizon of our lives, and that these struggles, if articulated, can point to possible transformation projects. The second part of this publication is about action, urgency and political tasks that, maybe, we should prioritize along with collective subjects who desire a different world, to enable the transition to a new paradigm of civilization that is built based on what we have, here and now.