For Global Reform, a Social Democratic Approach to Globalization 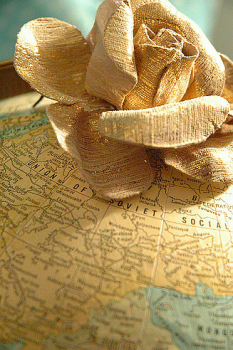 This document is an attempt to formulate an approach of European socialists to globalisation, with a view to opening up a debate between political players and citizens. It is based on the discussions conducted within the past ten months in a think tank primarily consisting of elected European socialists and representatives of a certain number of civil society organizations. Far from being final, this contribution must help to stimulate future debate in a direction permitting the preparation of a more fully realized political document.
In view of the current state of the world, there is no positive alternative other than a policy of global reform to control globalisation and open up a prospect for progressive globalisation. This reform of globalisation is very difficult and complex, but indispensable if we wish to avoid a permanent drift towards more instability and violence in the world. Today, there are already proposals, consensus and movements which form the embryonic basis of a global reformism which must develop and be implemented politically.

The European Union, which, at the regional scale, is the first successful experiment in response to the challenges of globalisation, must make a determined commitment to this prospect of global reformist governance, in the interests of its security and the development of its social model, as well as to fulfill its responsibilities to its own citizens and the rest of the world.

The modernization of European social democracy is necessary. Its agenda must include as a priority the strategic project of constructing a protagonist Europe of global governance. This requires a political change with regard to globalisation and its challenges. It is necessary to move from the stage of defining "what should be done" to a new period of the concrete implementation of what must be done and how, and with whom it should be achieved, so as to then make a resolute attempt to transform it into actions.

It is in this general perspective that this document proposes a list of 14 theses as elements in the debate. The latter concern, among other things, the security of societies and its correlation with the need for global reforms; a controlled economy based on the law, oriented towards stability, growth, full employment and North-South convergence; equal rights for all, involving the establishment of a logic of redistribution on a global scale; the eradication of poverty in all countries; sustainable development on a global scale as the absolute imperative in political action at all levels; acting at the grass-roots level in the battle against terrorism and crime; international institutions which are consistent, effective and fully democratic; and, finally, a Europe which must share its experiences in responding to the challenges of globalisation and establishing true partnership strategies from the perspective of a new multilateralism.