For Climate Justice and a World Fit to Be Lived in 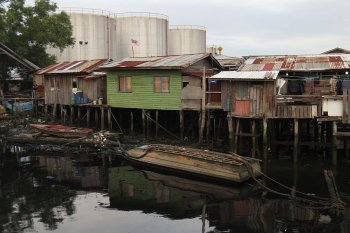 In a spirit of solidarity, we call on all civil-society organizations, networks, social movements, research centers, and citizens in general to join in the Peoples’ Summit on Climate Change to be held from December 9 to 12, 2014. The Peoples’ Summit will be a major alternative event during the 20th Conference of the Parties to the United Nations Framework Convention on Climate Change (COP 20) scheduled for the first half of December in Lima, Peru.

The agreements that will be adopted at both of these events will be of utmost importance for the future of the planet and of humanity. We are facing a global emergency. The negative effects on the lives of people and on the planet’s ecosystems are greater by the day, extreme weather events are causing heavy losses and damages, often irreversible, and all of this is intensifying vulnerability and poverty across the world.

It is now urgent to develop action plans against the climate crisis and ensure that they are implemented. Let us join voices, hands, hearts, talents and our creative abilities to prevent the irresponsibility of those who place their immediate, particular interests above those of the whole of humankind from leading us to the destruction of biodiversity and possibilities of life on the planet.

We demand a world fit to be lived in by our children and grandchildren, and by all the living beings that populate the Earth. Scientists have warned that if greenhouse-gas emissions—the foremost cause of global warming and all its adverse effects—are not drastically reduced, we will be driven into an even more critical scenario with the average atmospheric temperature rising by more than 2º Celsius and in its wake, catastrophic consequences that will affect all forms of life on the planet irreversibly.

The current development model has commodified human life, putting millions of persons at risk. Its priority is massive accumulation and consumerism; it is based on irrational and accelerated extraction of natural resources with no account taken of the globe’s limits; it has generated a civilization crisis and we will have to cope with its many different dimensions (climate, environment, finance, energy, food, etc.).

A new global agreement on climate change is to be reached at COP 21, programmed in Paris in 2015. It will have to be ambitious, fair, equitable, and binding to be able, in record time, to reduce greenhouse-gas emissions by no less than 50% based on the principles of equity and common but differentiated responsibilities; it will have to include climate justice for the most vulnerable. If no such agreement is reached, the life of future generations is at risk.

COP 20 (to be held in Lima) is expected to develop the draft of the new agreement to be signed in Paris. This will be a great opportunity to reveal to the world the urgency of protecting Mother Earth—forests and glaciers, high-mountain and water systems, biological diversity, marine and coastal areas, and the extreme vulnerability of populations facing the current and future devastating effects of climate change—as a fundamental condition for life to be maintained.

This may be our last opportunity to develop an alternative form of development, one that respects the limits and regenerative capacities of Mother Earth and tackles the structural causes of climate change. We can no longer defer approving and implementing the transition program critically needed to prevent the climate system from being totally and irreversibly upset. Such a transition program will necessarily have to be fair in its social, energy, production, and consumption-pattern aspects.

Through our dialogs at the Peoples’ Summit on Climate Change we will share initiatives, proposals, and experiences, as well as define and coordinate our agendas, bring pressure to bear upon the decision makers at COP 20, and demand that the official negotiators take account of the world’s citizens and peoples.