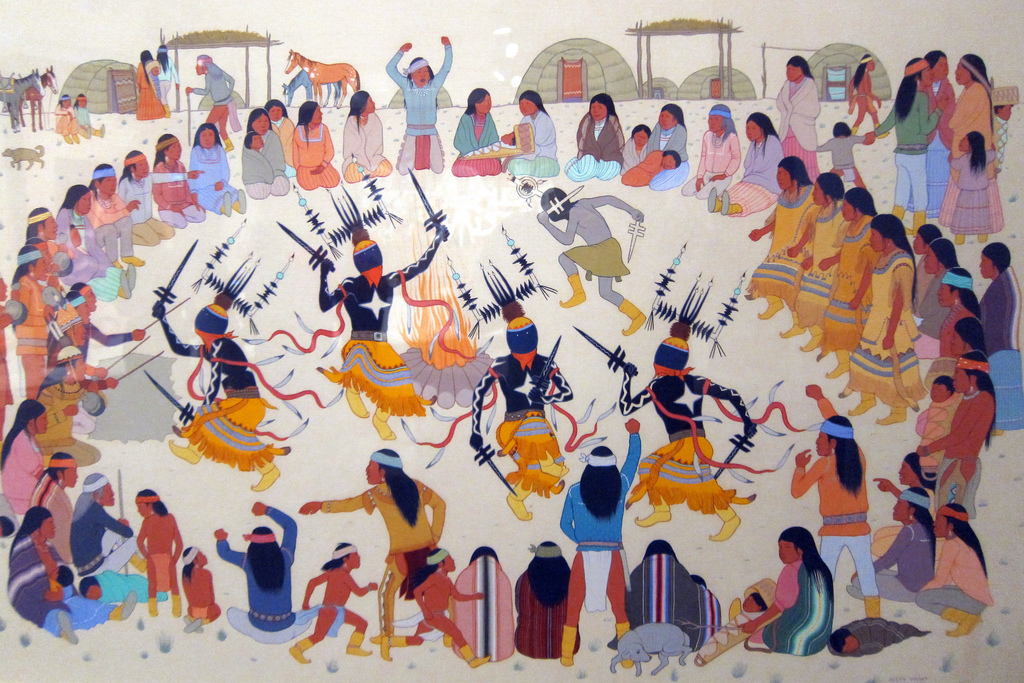 This paper will examine how Native American ideas and economic organization based on liberty influenced the economic thought that became the basis of capitalism.  Contact with the Americas changed Europe in numerous ways, including the way it viewed the concepts of individual freedoms and individual rights.    In 1776 two documents were published, the Declaration of Independence and the Wealth of Nations, by Adam Smith.  Benjamin Franklin, who had close relationships with the Iroquois Confederacy, influenced both these documents There have been numerous studies which link the U.S. Constitution and system of government to the Iroquois Confederacy. The aim of this paper is to examine how the ideas, which were the basis of Iroquois culture, affected the economic thought and ideas which became the theory of capitalism described by Adam Smith in the Wealth of Nations.

Technological innovation and the spread and adoption of new technologies are essential to the growth and development of economies. The entrepreneur has been identified as the key agent in creating change in the economy which leads to greater prosperity and development.

Recent scientific research tells us that all humans can trace their ancestry back to a single male that lived around 60,000 years ago in Africa.  The technological changes which occurred at that time represented a radical departure from the way life had gone before  For the next 50,000 years this family of humans expanded throughout the globe. The second “great leap” occurred around 10,000 years ago when agriculture appeared simultaneously in several independent locations around the world.   There was a sudden transition from hunting and gathering to settled life.

Wells (2002) attributes the third leap forward as the transportation revolution. The meeting of the European and Western Hemisphere was the third great leap forward.  After 1492, the agricultural technologies and the mineral wealth of the Americas allowed for the transition of the European countries and the rest of the world into the modern market economies and political democracies which support them. Once the two great civilizations of the Old World and the Americas collided, technological progress exploded making a true revolution in the mode of production

The massive transfer of wealth from the Americas, were fundamental to changes that disrupted the traditional command economies of Europe, beginning the Renaissance.  The ideas that flowed into Europe, starting with the first journals of Christopher Columbus and America Vespucci, began a debate about the basic valuation and ownership of labor which was the basis of the Enlightenment. (Weatheford, 1988) Adam Smith, in the Wealth of Nations, incorporated the idea of personal freedom, liberty and masterlessness into his theory. Smith identified labor as the most important factor of production, replacing land and formalizing an economic system based on the Native American concept and economic organization based on free will and the paradigm of the circular flow, versus the traditional command economy paradigm based on the pyramid of power which was the predominant form of economic organization in Smith’s time. Labor alone, never varying in its own value, is alone the ultimate and real standard by which the value of all commodities can at all times and places be estimated and compared. It is their real price; money is their nominal price only.

The social and political structures of the Iroquois Confederacy (the Haudenosaunee) affected the fundamental thinking which fueled the Enlightenment and the subsequent economic and political revolutions which followed.  The conflict between tyranny (command economies) and liberty worldwide should be attributed to the Haudenosaunee and the New World attitudes toward personal liberty. So accepted now around the world is the ideas of the implicit equality and liberty of all people that it is hard to grasp what a profound change in human society it represented. The Native society offered competition to the paradigm on which European society was based, in Jamestown, for example, scores of English escaped to Native populations, despite the threat of dire punishment.

The results of the European’s Age of Enlightenment, in which the twin ideas of Capitalism and Democracy were formed, can be attributed to the contact with the Haudenosaunee and the Northeastern Native populations but also to the flow of ideas which had entered Europe in the journals of the explorers, priests and colonists since first contact in 1492. The concepts of free choice, and government ruled by the populace through participatory democracy, were foreign ideas to European social, political and economic systems.  They were the basis of the Haudenosaunee federation and fundamental ideas of the economic and political structures throughout the American continents.