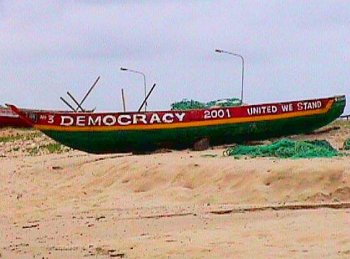 Discussing the meanings of global democracy should itself be a globally democratic process. Such a debate would include contributions from different world regions, different cultures, different walks of life, different ages, classes, genders and races. Many diverse people have something to say on the subject.

Yet actual literature on global democracy has so far tended to have a much narrower base. Predominantly the ideas have come from the North Atlantic area, from Judeo-Christian western modernity, from middle-class academe, and from older white men. This is not to say that existing ideas about global democracy are uninteresting or unimportant. They often are. But the debate has so far drawn from quite restricted circles of global humanity.

To broaden discussions of the nature and purpose of global democracy, the Building Global Democracy programme has developed a Conceptualising Global Democracy project. This initiative has involved contributors from ten world regions in equal measure. It has brought together views from Amazonian, Confucian, Hindu, Islamic, Melanesian and Western traditions. The discussion has included a wide range of activists, officials and politicians as well as academics. The participation has also been gender balanced and has spanned ages from 20s to 80s.

What do ideas of global democracy look like when they reflect this diversity of the global condition? The Conceptualising Global Democracy project has asked writers from ten world regions to set out their ideas of what democracy could mean when applied to global affairs. Here you can read short summaries of their views and get a taste of the rich insights that are available from a more fully global perspective on global democracy.