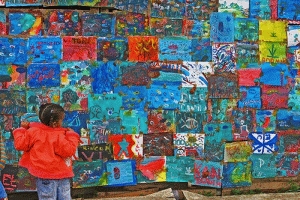 Public engagement was a strong feature of the different science fields from their birth. Scientists today contribute to public understanding of issues from global warming to social inequality. They also inform public policy on problems from energy crisis to public health. Nevertheless, since World War II, some of the most pressing challenges for human and social development have been pushed into the background.

Today there are widespread calls for more socially engaged science and research. There is a need to democratise knowledge and provide expert, multi-faceted advice for democratic institutions and the general public. In addition, scientific research itself increasingly needs citizen participation in knowledge-generating processes. This is the principle behind participative science and post-normal science. The scientific community increasingly recognises the intrinsic limitations of traditional research methods when they are applied to the ever more complex problems that must be faced for human and social development.

Citizens and different communities must participate in university research carried out to resolve problems that concern them, not only to promote the democratisation of knowledge, but also to improve the research that is carried out in universities.

In different regions of the world, we are witnessing a strong emergence of diverse programmes that share the purposes of supporting higher education engaging or re-engaging with their communities. Participatory Action Research (PAR) has emerged in recent years as a significant methodology for intervention, development and change within communities and groups. It is now promoted and implemented by many international development agencies and university programs, as well as countless local community organizations around the world.

An agreement to create a Global Alliance on Community-Engaged Research was released at the end of the Community-University Exposition (CUexpo) 2008 in Victoria, Canada. The Global Alliance agreement is a statement of principles and aspirations on the part of the major networking organizations in the field of community-engaged scholarship from around the world.

Go to the article's source