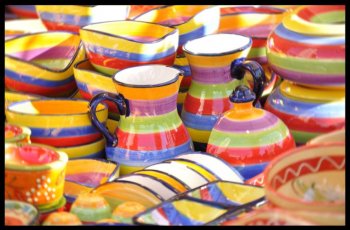 Around the world politics is in disrepute. It has become detached from society, unresponsive to its needs. It seems incapable of solving the big economic, social and environmental challenges of our time. Public leadership remains important, but politics is everywhere discredited.

In post-communist societies, initial enthusiasm for democracy has given way to detachment and cynicism. Citizens feel powerless.

This is a global problem.

For more than a century, political movements, governments and public policy have focused almost exclusively on states and markets, and ignored civil society (the sphere of life that is most important for most of us, most of the time).

Civil Society comprises the relationships and activities that constitute our lives, the things we do as civilians, freely and voluntarily, in association with others, outside the state and the market.

_ • Historically, the 20th century was the century of concentrated power (Communism, Fascism, World Wars, Big Business). Civil society is dispersed, localized, small in scale.
_ • Ideologically, the philosophies of the 20th century were individualist-collectivist (Fordism, Marxism, Nazism, Existentialism, Scientific Management, Neo-Liberalism)
_ • Organizationally, labor unions and corporations were easy to organize. Before the Internet it was difficult and costly to organize the disparate components of civil society.

In 20th Century Politics, notions of Left and Right formed a stable linear structure for politics without civil society.

_ • Both Left and Right see the public sector/private sector as the solution to every problem. They regard the imposition of state or market solutions on society as the proper business of government.
_ • Both Left and Right see only individuals and governments as social actors. They cannot see associations of citizens and their interactions. They cannot see individualism-collectivism as flip sides of the same coin.
_ • Both Left and Right serve core public/private sector constituencies (public sector employees for the Left; corporates and some professional groups for the Right). Both ignore the third sector (households, associations, social enterprises, cooperatives). Both ignore family and small-businesses and the self-employed.
_ • Both Left and Right see politics as ‘management’, the execution of top-down, corporate-style administration. Both use political parties as their instruments of management, based on command-and-control cultures. These parties no longer need citizens, and now comprise professional operatives, ‘career politicians’.

This is the politics that we have inherited from the 20th century.

It is a politics that cannot solve 21st century problems because:

_ • The active participation of citizens is required to solve the pressing social, economic and environmental problems of our time. The imposition of state or market prescriptions on society does not work.
_ • Associations of citizens, big and small, are key social actors.
_ • Self-employed people, micro and family businesses are a vast and growing sector that does not fit the traditional public or private sector, and does not fit the management goals of Left or Right.
_ • Top-down ‘management’ of society and organizations runs counter to the practice of participation in distributed networks in the 21st century.

What then comes after 20th Century Politics?

These diverse social forms have three features that are the basis for commonality:

_ Relational – they are defined by relationships
_ Associational – they are driven by formal or informal bonds
_ Voluntary – they are formed without coercion
.
Public policy can either strengthen or weaken these social forms and their features. States and markets can either erode these formations, or be reconfigured to enhance them.
.
Civil Society Politics seeks:

_ 1. It is anchored in communities.
_ 2. It aims to capture power not for itself but for civil society.
_ 3. It has rich and diverse intellectual and cultural resources with which to reform politics and society.

_ 1. It accepts the globalization of culture, trade and people and aims to empower people and localities within it. It does not strive to build barriers of protection and isolation.
_ 2. It accepts a market economy with limited government and aims to empower civil society as the primary generator of cohesion, belonging, capital, ownership of assets, and public decision-making.
_ 3. In its focus on capturing power not for its own sake but for civil society, it has a built-in safeguard against extremism and the abuse of centralized power.

Civil Society Politics is the only practical way to devolve Power to the People. In 20th Century Politics, ‘power to the people’ movements invariably ended up transferring power to the state or to corporations (from Fidel Castro to Steve Jobs)..

How can Civil Society Politics take the world by storm? It needs to be:

_ • A movement – which individuals may join.
_ • Global in scope – civil society is global, and a new political movement is needed in every country.
_ • Open to members of existing parties and members of none, including those who seek new parties based on civil society politics.

Civil Society Politics is made viable by new technology. Individuals and groups can connect and organize on line, locally, nationally and globally. The financial cost of political organizing and electoral activity can be reduced significantly in the 21st century by low-cost networking and crowdsourcing.

Members in each country can network with each other and take initiatives as they see fit (including those who are members of the same political party, those who seek to form a new party or undertake electoral activity based on civil society politics).

Individuals and groups in every country are warmly invited to participate in Civil Society Politics – Power to the People.