Charter of the Peoples of the Earth 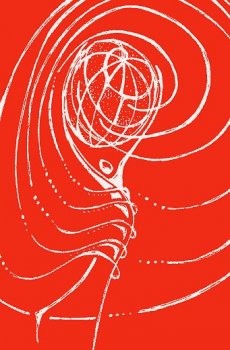 If you wish to contribute
_ to the debate and enrich
_ this Charter proposal,
_ you can subscribe by writing to
_ carta@forums.rio20.net

In these times of uncertainties and global challenges, it is imperative that
citizens, the men and women who make up the endless mosaic of the Peoples of
the World, can shape their own fate and together develop the values and
principles that will guide the human adventure of the twenty-first century.

Should the Peoples from Africa, America, Asia, Europe and Oceania be waiting for
others to decide, without their consent or on their behalf, on which ethical
foundations the next chapter of the global
adventure will be built? Should they be content with overcoming, within their
state borders and sometimes with the support of international institutions,
the threats that societies are imposing on the planet and on themselves, the
persistence of extreme poverty, the concentration of wealth and power, and
many other obstacles mostly inherited through a long history of wars and
conflicts?

The journey to open the paths of an emancipated humankind has begun. Awareness of the major transitions the world is facing is growing.
For long periods of time, the Peoples have been divided, although they have
mutually and repeatedly shared their solidarity, audacity, wisdom, and
creativity to get over the hurdles of History. In the facts, they are already
messengers and bearers of new ethical, cultural, political, and social realities
that have been built over time from the errors, innovations, tensions, and
conflicts they have undergone. Now they have the right, along with all the
actors involved, to discuss those important issues that bind them together, to
speak on their own terms, and to think about how to live in community with Mother Earth, in
dignity and in harmony.

The following Charter is the first initiative and an invitation to talk. It can be
enhanced, modified, reformulated according to the needs and the talks being
held within the framework of the preparation of the 2012 Earth Summit and
later. The text draws on the historic Freedom Charter, born
in South Africa, which was a banner for the anti-Apartheid movement
and was adopted in 1955 by the Congress of the People. The Charter of the Peoples was written by
the coordination teams of the Forum for a new World Governance and the
Citizens Regional Assemblies, engaged and participating in the People's
movements active in different continents.

“For to be free is not merely to cast off one's chains, but to live in a way that respects and
enhances the freedom of others” - Nelson Mandela
_
_
_
_
_

Whereas tyranny is inflicted daily on billions of us through the crippling
effects of extreme poverty,

Whereas our states and our governments are often neither able nor willing to
all agree to implement suitable and timely solutions to the dangers
threatening our planet and ourselves,

Whereas the United Nations and the agencies derived from it or connected to
it do not always have the financial, material and political means to face these
threats effectively or eradicate them,

Whereas the international financial agencies—the International Monetary
Fund (IMF) and the World Bank—as well as transnational corporations are not
only incapable of solving the crises, but are also those mainly responsible for
them,

We the peoples of Africa, America,
Asia, Europe and Oceania,

proclaim, for our entire planet and
for the men and women who live
on it,

That our Earth is our Mother Earth and that the Universe is our Homeland,

Who are free and responsible, and stand in solidarity,

Who in their extreme diversity and in their magnificent plurality,

Are indivisible in the face of the separations produced and fed by
ressentiments induced by history,

By the often artificial barriers of state borders, and by the injustices and
inequalities that strike certain countries rather than others,

Who remain convinced that their near and distant future depends on
overcoming all these obstacles born from a long history of wars and conflicts
that will have to end while another chapter of the great human adventure
opens up,

One as exciting and auspicious as it is frightening for the challenges and
uncertainties it contains,

Every woman and every man to be equal in rights, without distinction as to
race, color, gender, background, or nationality,

Every woman and every man to benefit at the start from the same equality of
opportunities,

Every woman and every man to practice freely his or her religion and hold his
or her beliefs, including that of having none,

Every woman and every man to express his or her opinions freely, anywhere
on the planet,

Regardless of their place of birth or residence, or of where the wealth and
resources are from,

Every woman and every man to be able to access an education system worthy
of its name for all their children,

For every woman and every man to have rapid access to a health system
where they are welcome and that is adapted to his or her health condition,

For every woman and every man to be able to access the water and the food that they need for
their survival, their health, and their well-being,

For every woman and every man
to be able to organize and to
participate in the political life of
their village, their country, their
region, or the world.

For every woman and every man to have the inalienable right to move
anywhere in the world without distinction as to nationality,

For every woman and every man to have a job in keeping with his or her
qualifications, anywhere in the world, regardless of their place of birth,

For every woman and every man
to be able to live in dignity and respect,

In security and comfort, in joy and according to their conception of
happiness,

Finally, it is the duty of all, in a spirit of solidarity and responsibility, to make
these rights accessible and respected indivisibly.

Exclusion of a single one of us and
all of humankind is scorned.

The peoples, joined together, must govern the world!

So we will fight together, side by side, until the last of the obstacles to our
emancipation have fallen and we can live in harmony with our Mother Earth,
in complete dignity and freedom.

Peoples of the Earth, too long have we been divided.

The time has come to open the avenues of Humankind Emancipated.