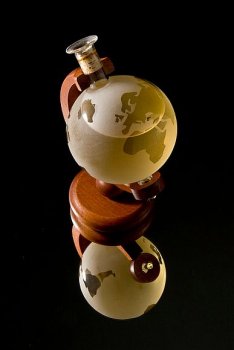 Democracy today is challenged, radically, deeply, fatefully. Born and cultivated in the ancient world as the face-to-face participatory township, and successfully re-imagined in the early modern world as the representative nation-state, it must now adapt to a global, networked, interdependent world. Or likely perish. To survive actually, it must find ways to establish itself virtually. To preserve its local vitality, it must achieve a global compass.

Democracy has always been plural, a congeries of distinctive systems and varied approaches to self-government with a deep common commitment to some degree of equality and liberty, if often in the name of a citizenry comprising something less than the entire adult population. It had its roots in the Hellenic and Roman West, but also found resonance beyond. That women and men can participate in governing themselves is not just a Western conceit. Yet there is no precedent in any democratic system, neither in the participatory polis nor in the representative sovereign state, for planetary self-government, and just to recall how difficult and varied the journey from township to nation has been is to judge global governance an unlikely prospect. After all, democracy within nation-states is troubled enough. The few and paltry examples of regional or international governance we have, such as the United Nations system or the Bretton Woods complex of international financial institutions, or the experiment in pooled sovereignty of the European Community--now imperiled by a euro crisis and a lack of solidarity--offer as many reasons to doubt as to embrace the possibilities of the survival of democracy.

In the beginning, in its first age, ancient democracy was forged for an intimate world of kinship. Not only in the West, but around the world in different times and places, tribesmen and neighbors who shared a locality and knew one another personally, found ways to govern themselves directly through ongoing participation and self-legislation. The polis, the town and the principality as well as the tribe and the kinship community, all territorially constrained, invited engagement and facilitated some degree of self-rule, often by direct means.
Scale has always been democracy‘s greatest challenge, however.

Democracy in all of its forms has been everywhere challenged to respond to scale and to what is perhaps its most formidable artifact: the paradox of participation. The paradox arises out of the fact that while participation is always necessarily local and centrifugal, power is by its nature central and centripetal. Society‘s naturally expanding scale is forever outdistancing democracy‘s naturally limited compass. That was the issue confronted by ancient direct democracy, above all in Athens and Rome; and it remains the issue confronting those who today aspire to fashion a new age of global democracy.