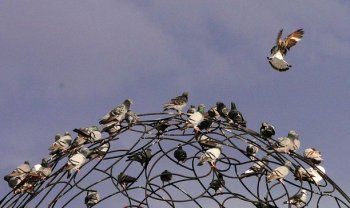 In October 2012, 25 leaders representing various grassroots organizations and social movements from different sectors and regions participated in the “Global Civil Society Workshop on Rio+20 outcomes and the Post-2015 sustainable development agenda” held in Nairobi, Kenya. After discussing the lessons from MDGs and overview of challenges for a transformative development framework, as well as the relevance of SDGs, the participating organizations came up with initial plans and interim structure for an autonomous civil society campaign that would be grounded in grassroots struggles but engaged with the official processes related to the post-2015 development agenda. As a part of this process, they drafted, discussed, debated and agreed upon this common statement, here with ten priority themes for people’s goals selected from the many recommendations presented in the discussion groups.

We are grassroots organizations, labour unions, social movements, non-governmental organizations and other institutions committed to forging new pathways to the future we want – a future where the common good of all takes precedence over the interests of a tiny elite; where the needs and rights of all people are realized; where the environment is not sacrificed to benefit only the few.

We are aware that the current development pathway, will not lead us to the future we want.

The capitalist development model, in particular under the dominant neoliberal policy regime, reduces development to growth in production and consumption of material goods, and grants rights and liberties to capital over the rights and freedoms of people and the protection of the environment. Under this framework, transnational corporations and especially the largest financial institutions based in the advanced countries have come to dominate the global economy and have intensified labor exploitation, resource extraction and speculative brigandage for the accumulation of profit.

This has led to greater hunger, inequality, landlessness, unemployment, precarious employment conditions, indebtedness, loss of incomes and social protections, deprivation of basic services, dispossession of communities, forced migration, resource depletion, environmental degradation, and the climate crisis. It has bred more wars, oppression, violations of human and trade union rights, deaths and now threaten the very basis of life on this planet. All sectors among the people of the Global South bear the brunt of these injustices, including women, children, workers and peasant farmers.

Moreover, the majority of the people are either excluded or denied their right to participate in the making, monitoring and implementation of decisions that affect their lives and their future. Local and especially global elites and powerful actors, on the other hand, are often left unchecked and unaccountable for their actions that have severe negative impacts on society and the environment.

We believe that addressing these challenges takes much more than new strategies for rapidly achieving the Millennium Development Goals (MDGs). Without addressing the structural roots of such trends, any gains will be easily undermined. Indeed the window of opportunity to reverse these trends before ecological and social catastrophe sets in is rapidly closing.

We need to embrace a new vision of development altogether, based on the philosophy of “living well” in community with others and in harmony with nature. This entails a profound social transformation which requires a radical redistribution of ownership, access and control over productive resources so that no one is denied the basis for living in dignity and freedom. It involves the democratization of state and social institutions so that communities and citizens, rather than markets can democratically set social goals and priorities. It requires a reorientation of production and consumption to meet people’s needs and human potentials within environmental limits rather than maximizing short-term profits. It necessitates a deeper respect and understanding of the symbiosis of people and the natural world instead of the valorization and commercialization of nature as mere resources and sinks.

As part of this transformative agenda, we challenge our governments and international institutions to break away from the current model of development and undertake meaningful reforms that truly address the needs of present and future generations. In this light we are committed to campaign for peoples’ goals for genuine sustainable development founded on the principles of human rights, equality, self-determination, and social, gender and ecological justice. We are also committed to an autonomous civil society process of formulating and fighting for people’s goals and demands, grounded in grassroots struggles, and challenging those in power.

We demand governments and the international community to adopt concrete commitments and targets, consistent with the principle of common but differentiated responsibilities and respective capacities, on the following peoples’ priorities:

- Adopt and enforce appropriate laws and policies backed up by maximum available resources to protect, promote and realize the full range of civil, political, social, cultural and economic rights
- Support realization of human rights universally through international cooperation including the provision of financial and technical resources
- Respect the sovereign right of nations to their own development and over their natural resources.

- Adopt food sovereignty as policy framework towards adequate, safe, nutritious food for all, including policies and investments to support small-scale farmers, women producers, workers and secure access to (and protection of) the water, land, soils, biodiversity, and other resources upon which food security depends.
- Carry out agrarian reform in order to secure worker’s, farmer’s and rural people’s democratic access to land, water resources and seeds, as well as to finance and infrastructure in line with but not limited to the recommendations of the 2006 International Conference on Agrarian Reform and Rural Development.

- Ensure full and productive employment.
- Ensure enforcement of international labour standards for all workers, including women, migrants and workers in the informal economy, with reference to the Decent Work indicators as elaborated by the International Labor Organization (ILO).
- Promote green jobs and gender equality at the workplace.

- Ensure universal access to basic guarantees of social protection with affirmative action in favour of disadvantaged groups in line with, but not limited to the recommendations set in the “Bachelet Report” and ILO Recommendation 202.
- Ensure income security for the unemployed and those whose livelihoods depend on precarious work, the sick, the disabled, pregnant women, children and the elderly as well as on access to health care, education, housing and sanitation.

- Full implementation of international commitments on gender equality, as enshrined in but not limited to, Convention for the Elimination of Discrimination against Women, 1995 Beijing Declaration and Platform for Action and Security Council Resolution 1325 on Women, Peace and Security.
- Ensure equal access and opportunities in employment, land tenure, education, health, governance, and access to sexual, reproductive health services.
- Ensure systematic application of effective affirmative action to prevent marginalisation and discrimination of women, and to eliminate all forms of violence against women.

- Limit global temperature rise to under 1.5 degrees, consistent with the latest climate science, through drastic emissions cuts and a fair sharing of the global carbon budget that takes into account historical emissions without resort to offsets.
- Provide adequate and appropriate finance contributed by countries on the basis of historical responsibility for global warming to make reparations to all affected peoples (in line with the $100 billion per year promised in the 2010 Cancun Agreements).
- Ensure sharing of safe, appropriate, ecologically and socially sound technologies unhindered by intellectual property rights.
- Shift to and expand renewable energy use.
- Adopt ecologically and socially sustainable production systems and technologies in manufacturing, agriculture, transportation, mining.
- Arrest deforestation, overfishing, biodiversity loss, environmental degradation, pollution and protect livelihoods of forest-dwellers and fishers.

- Reform trade relations to promote equality among trade partners, uphold the special and differential treatment of developing countries, and help economic development in poor countries.
- Implement democratic and pro-developing country reforms in the international monetary and financial system, in line with those proposed in the 2009 UN Stiglitz Commission Report (Report of the Commission of Experts of the President of the UNGA on Reforms of the International Monetary and Financial System), including: improved regulation of banks, financial flows and financial activities such as derivatives trading; greater developing country voice in the Bretton Woods Institutions; broadening the role of central banks beyond controlling inflation; and establishing a mechanism for sovereign debt renegotiation.

- Institute measures for accountability and transparency in governance.
- Ensure people’s participation in decision-making, access to information, and access to justice – three pillars of the Aarhus Convention.
- Ensure compliance of business and industry with international human rights norms and environmental standards, including mandatory reporting requirements.
- Ensure access to remedies for victims of human rights violations.

PEACE AND SECURITY BASED ON JUSTICE

- Promote inclusive development processes–respecting the rights of all socio-cultural groups, minorities, indigenous peoples, religions, etc. over their cultural heritage and natural resources and respecting their right to define and pursue their development aspirations.
- Adopt policy of eliminating nuclear arms and other weapons of mass destruction and arms trading.
- Rechannel military expenditure to social expenditure.

The ongoing process of establishing a new set of sustainable development goals and a post-2015 development framework should serve as an impetus for governments to address these challenges. This process should recognize and provide full mechanisms and opportunities not just for consultations but for full participation of civil society in deliberations and decision-making at all levels.

At the national level, multistakeholder bodies should be formed with representatives from the government (including parliament and local authorities), civil society and other stakeholders to decide on national development strategy and priority targets based on local consultations with experts’ inputs. At the international level, multistakeholder processes led by Task Teams under the Open Working Group on Sustainable Development Goals can be set up where member governments and representatives of civil society and other stakeholders can formally meet and work side-by-side to draft proposals for the General Assembly.

These modalities should include providing adequate support for the participation of those directly affected and most vulnerable to poverty, inequality, injustice, ecological destruction and human rights violations, especially from the Global South.

We urge all movements, peoples’ organizations, civil society groups and all concerned citizens to join this campaign.