Biocivilization for the Sustainability of Life and of the Planet - Workshop 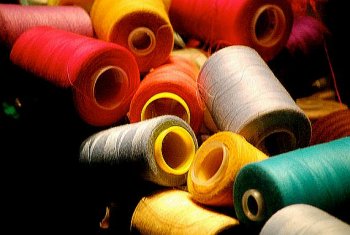 As part of the month of public activities to commemorate its 30th anniversary, IBASE will hold a workshop with national and international invitees on August 9-12. Since 1997, after the death of Betinho, one of IBASE’s founders, August 9 has become the Day of IBASE. This year, in celebration of the date, former President Luis Inácio Lula da Silva, together with Maria Nakano, Betinho’s widow, will initiate the festivities on the evening of August 9 with a conference and the opening of the exhibit. The workshop will proceed on August 10-12. This is a timely occasion for IBASE to exercise its role as a catalyst node in its extensive network of partners in Brazil and abroad, facilitating the elaboration of the new issues on the citizenry agenda – now on a planetary scale.

The proposed workshop should be viewed in a broader context of various initiatives, in Brazil and other countries, to discuss the more general issue of the crisis of civilization paradigms and the search for alternatives. It incorporates concerns and ideas that have been addressed at several gatherings, seminars, and mobilizations by different civil society organizations and movements. IBASE itself, as a member of the Group of Reflection and Support for the World Social Forum (WSF) Process, has actively participated in such initiatives within the WSF, in the 2010 event in Metropolitan Porto Alegre, and in the 2011 Dakar WSF. In addition, as animator of the Pedras Negras Group (GPN), IBASE has deepened aspects of this debate with Brazilian organizations of active citizens.

Thus, the relevance of the International Workshop “Biocivilization: For the Sustainability of Life on the Planet” is not its novelty, but the possibility of contributing to systematize in an integrated form those concerns and ideas into a work plan for both IBASE and partners participating in the workshop. It will be an exercise of strategic thinking, defining the issues that need to be worked on and how we should address them. Clear proposals for the short, middle, and long term should be defined, geared to the great transition humankind must undergo, as well as advocacy strategies for civil society organizations and movements in public debates and in concerted-action and decision-making spaces, which are on the immediate agenda.

The United Nations Conference on Sustainable Development (Rio+20) to be held on June 4-6, 2012, in Rio de Janeiro, is the biggest challenge on the horizon. That is why the proposed workshop is being developed with the goal of Rio+20. However, until June 2012, other important events will take place and should be taken into account by the workshop: COP 17 in November 2011, in Durban (South Africa); Thematic Social Forum for Environmental and Social Justice in late January early February 2012, in Porto Alegre (Brazil); and the World Water Forum in March 2012, in Marseilles (France). We have to work out a coordinated strategy for advocacy work and learn from those events. This is an additional reason to hold this international workshop.

Since its initial conception, the International Workshop (incorporated into the celebrations of IBASE’s 30th anniversary month) has counted on active political partnerships with the Forum for a New World Governance (FNWG), Euro-Latin American Observatory on Democratic and Social Development – (EURALAT), and the Group of Reflection and Support for the World Social Forum Process (GRAP).

1) Hold a workshop with people invited from IBASE’s national and international partner networks to carry out a strategic reflection on the ethical, scientific, and political challenges posed to civil society organizations, parliaments, governments, corporations, and entire peoples, addressing the sustainability of life and the planet.
2) Systematize the themes and issues on sustainability that require analyses, debates, and proposals, defining a work plan, as well as taking into account the Rio+20 Conference preparatory process and the impact on the conference itself.

As indicated by the name of the workshop, we begin by acknowledging a collision of paradigms, in view of the great crisis of the productivist and consumerist industrial model, which intensively uses raw materials and emits carbon dioxide, thus destroying the planet’s integrity, as well as the conditions that support current and future life. Climate change is the most immediate and measurable result of this destruction. This industrial model is also profoundly unjust in social terms because it concentrates wealth. Hence, we should reflect on the foundations of a civilization primarily based on the sustainability of life and the planet. We also must think strategically. In other words, reflect on the great transition humankind must undergo, taking advantage of the cultural diversity and in close relation to knowledges, traditions, and possibilities expressed in the diverse forms by which peoples extract vitality from the territories they inhabit and use. In this process of revisiting the foundations, the secret for reflecting on the future is to build on achievements already accomplished by humankind. Overvaluing one of the sides of this process could lead to disaster.

Because this workshop is geared to define work plans, the issues to address, how to deepen them and have an impact on society – rather than the mere search for immediate results – this thematic proposal seeks to stimulate that search and reach a consensus on those aspects that are more strategic and require more collective work. As structuring axes for this search, the following issues are proposed:

Building biocivilization and seeking sustainability for life and the planet:

In the workshop preparation, these issues will be detailed by the invited participants themselves, as proposed in the methodology. Our final goal is to agree on an agenda. As an active member of the Brazilian Network for Rio+20 Executive, IBASE especially seeks concrete inputs to be used in GRAP and in the preparatory process leading up to the Thematic Social Forum for Environmental and Social Justice in early 2012 (Porto Alegre).

IBASE is already consulting with its partners to find out whether they wish to participate in this workshop and their availability to do so. Written contributions on the above themes, in the format of conceptual notes, will be requested from each invited person. All contributions will be made available to all participants, who are expected to respond and provide new contributions. To this extent, we will try to create a workshop atmosphere starting from the preparatory process.

The event itself will not have presentations by participants. The plan is to alternate group discussion sessions with plenary ones. Facilitators will seek to map out the issues as they are identified. The collective will decide on the relevance of issues, interrelations among them, and their priority in a work plan, as well as the possible contribution of each participant to their development taking into account the advocacy work, especially for Rio+20.

One whole day of workshop will be allocated to each of the broad thematic issues above proposed. All contributions previously received will be made available as inputs for group discussions and plenary sessions. At the end of three days, we expect to collectively identify and legitimize the issues we will work on, and that participants will take on the responsibility of moving forward and contributing to the events leading up to Rio+20.

This whole methodology relies on interactive communication, which should begin with the launching of the idea and continue after the workshop is held. The precondition is to animate this communication on the Internet. IBASE is in charge of providing this resource.


Ibase is a non-partisan and non-religious institution dedicated to democratizing information on the economic, political, and social reality in Brazil.