An Ecological Act: A Backgrounder to the National Rural Employment Guarantee Act (NREGA) 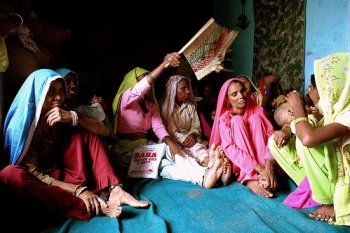 The paper makes a case for using the NREGA, in India, into an effective development tool. While listing its development opportunities, the paper flags off the many challenges for it.

The National Rural Employment Guarantee Act 2005, or NREGA, in India, was brought into force by the Union government in
February 2006. The Act is far-reaching in its intent and scope. It is the first nation-wide employment scheme that
guarantees employment legally to India’s rural population. Naturally, it has generated intense speculation and interest.

It comes at a time when the rural economy has collapsed due to sustained out of focus policies. While it has the immediate challenge of addressing the unemployment in rural areas, its long-term challenge is to contribute to village economy in sustained way. Effective implementation of the Act requires that labour-intensive works be planned for the needy poor on a continuous basis; that the right kind of assets are undertaken to promote the development of the local/regional economy; and that the labour-absorbing capacity of the mainstream economy be raised and assets maintained well and used productively to generate benefits for the poor, as well as to promote pro-poor economy growth.

The NREGA is being implemented in 200 most backward districts of 27 states in the country -- socio-economically, the most
challenging areas in India (see Annexure I). It guarantees 100 days of unskilled jobs per rural household. More importantly,
the Act aims at eradication of extreme poverty and at making villages self-sustaining through productive assets creation
(such as water tanks and soil conservation works). This is meant to regenerate the rural natural resource base, which in
turn will result in sustainable livelihoods for residents. The Act puts Panchayati Raj Institutions (the third tier of government
in India i.e the village level) at the helm of affairs -- beginning with identifying the eligible households to planning the works
to be undertaken. The government has referred to it as an “Act of the people, by the people, and for the people”.

But is the Act living up to its scope and potential? In
the last 10 months, 410,742 works have reportedly
been implemented under the Act. According to the
Union rural development ministry’s figures, more
than 13.6 million people -- above one percent of
India’s total population -- have been given jobs
under the Act. Encouraged by this initial response to
the Act from rural areas, the Union government has
initiated the process to expand its scope to other
districts in the coming months.

By Natural Resource Management and Livelihood Unit. Centre for Science and Environment