2015 : A turning point to face the climate challenge, exorcise fear and counter the logic of war. 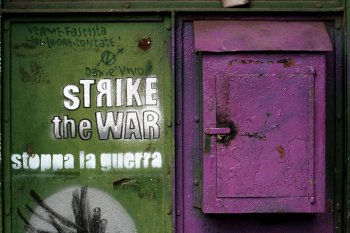 Dear Friends of the FnWG, In the name of our team, I would like to send you our warmest and friendliest wishes for 2015. We will need even more solidarity and friendship, starting among ourselves, for we share values as essential as those of buenvivir and vivirbien. 2015 will be hot on the climate front, as well as, in these times of war, on the fronts of peace, democracy, and human and social rights.

The call to strengthen world governance stemmed from the end of the Cold War and the hope that it would be possible to move quickly toward democratizing the international system.The window of opportunity opened in 1989 began to shut as a reaction to 9/11. This stage is now closed. But we have not entered a new Cold War, as stated by Mikhail Gorbachev and insinuated by Henry Kissinger; the Cold War was mainly upheld by the balance of terror. Today, terror has lost its balance (nuclear proliferation is not good news), if I may say so, and our societies, giants with feet of clay, have lost theirs.

No! In my analysis, what we are experiencing today is something more like a "world war" (a third one, closer to the first than the second).That is, unless we have entered the first planet-wide civil war, where what is at stake is establishing democratic world power in the face of a two-headed monster tearing itself apart: on one side we have the imperial powers built over the nineteenth and twentieth centuries, and in this early twenty-first, still vying to tear the planet and humankind apart and share the spoils; on the other side we have reactionary movements idealizing a long-gone past and advocating the return to pre-modern communities where rule of law, democracy, and human rights are abolished.

A war mentality is taking hold in France, and in Europe, as it has been in more and more places on the planet for the past ten years or so. The repercussions of the event, in Niger, in Turley, in Chechnya these past few days seem to prove that the scope of the event was undeniably planet-wide. This is now our turn to better understand what tens of millions of people experience emotionally every day: living with sadness (mourning for the end of carefreeness), anger (the endless, throbbing pain of outrage and revolt), and fear (which we will need to acknowledge to be able to face and overcome it together). "Security" budgets (that is, war budgets) are now being voted in with a vengeance. In the euro zone, the European Central Bank has unleashed quantitative easing and has offered member states 60 billion euros a month, which will most certainly also be put toward the war effort.

In this new context, not a favorable one for us, we shall continue to move onward to the tangible Utopia of democratic, decentralized, responsible and fair world governance by continuing to contribute to building a world citizen movement able to apprehend the “global” because deeply rooted in local struggles and practices, beyond which we must look. But the conditions for such a movement to emerge and be built are by definition very different in “times of peace” and in “times of war,” notably where the social makeup of the movement and its strategy are concerned. Because, in fact, when “war mentality” takes hold, civil society is the first to be threatened, in particular the part of it that has been thus far financed by government funds, certain NGOs having been seen as “objective allies” to advance their own public policies at a lower cost. A second factor coming up alongside the rise in anger and resistance to sadness and fear is the radicalization of persons in protest movements. These two dynamics will change the face of movements. Restriction of public freedoms will also alter the strategy of movements. Added to this, it is extremely hard for critical thinking, when overwhelmed by emotions (sadness, anger, fear), to be original and relevant. Everywhere, it will be drying up.

What can our position be against this shifting background?

In my experience, our missions (especially the second) can only be accomplished if we are personally engaged in local movements and campaigns. This gives us legitimacy as participants in international federations and coalitions of movements, where we can and must play our articulator role. More concretely, I propose that we meet in Tunis, for the World Social Forum, in order to pool our energy in articulating the World Citizen Movement (large transnational NGO initiatives promoted by the CONCORD DEEEP project) with the more grassroots World Social Forum networks, on the one hand, and these, in turn, with the transition movements (notably ALTERNATIBA) currently the best promoters of trans-localism, on the other hand.

In 2015, our strength will depend on our engagement in a common project that we will be capable of building and promoting together. Once again, my best wishes, to you and yours, of happiness, and with a wink to Charlie, of impertinent happiness. Warm regards, Jean Rossiaud FnWG Coordinator.