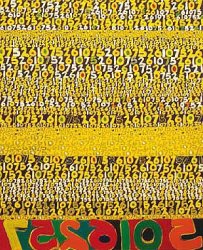 The Forum for a new World Governance (FnWG) launched the World Governance Index - WGI project in 2008. The idea was to develop a “tool” that would allow the players in charge of governance to be aware of the emerging issues and
problems, and to help them to find the necessary solutions.

The paper “Rethinking Global Governance” defines the general objectives of
this effort—to reduce inequalities, establish sustainable development, and build
peace in a world of diversity—and frames some proposals for laying the new foundations of governance. These proposals are derived from the main governance principles set out in the Charter of the United Nations and in the Universal Declaration of Human Rights.

They are also directly aligned with more recent, but equally important texts such as the Earth Summit Declaration (Rio, 1992), the Millennium Declaration (New York, 2000), and the findings of the World Summit on Sustainable Development (Johannesburg, 2002).

The result of this work is an index that hopes to be as complete as possible and describes the state of world governance, not for theoretical, but for practical purposes.

Get access to the WGI map below, available in four languages, as well as to the full document, in English and in French:


Lieutenant Colonel (ret.) Renaud François held major positions in the General Staff or in high-level units (among others, at the African Unit of the Center for Planning and Command of the General Staff of the Armed Forces in Paris, at the Intelli...